CD of the Month - "Al Hood: Just A Little Taste" 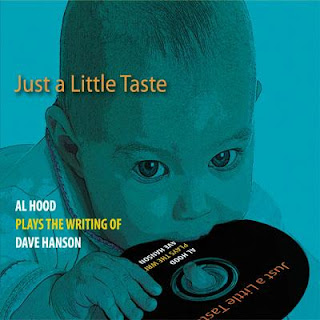 If you like Freddie Hubbard's meetings with Don Sebesky and Claus Ogerman, or Arturo Sandoval's collaboration with Michel Legrand, you'll love the Al Hood-Dave Hanson connection. Superb performances, lush arrangements (with strings & woodwinds), great sound quality, beautiful cover art and excellent liner notes by Thomas Cunnliffe.
My personal favorite tracks: "I Remember Clifford" (the best version since Sandoval's recording with the GRP All-Star Big Band in 1992), "Pure Imagination" (a tune I learned to love through Art Farmer's lyrical phrasing on Bob James' album "BJ 4" for CTI in 1976), "In the Wee Small Hours of the Morning," "Ceora" (the Lee Morgan bossa I selected for Claudio Roditi when producing his "Day Waves" CD for my JSR label back in 1991), "If I Loved You" and the originals by Pete Olstad and Dave Hanson, who wrote all the orchestral scores.

A masterful trumpeter with a wide range of experience in the jazz, classical, and academic arenas, Al Hood has previously recorded and/or performed with the Phil Collins Big Band, Curtis Fuller, and orchestras led by Ray Charles, Arturo Sandoval, and Richie Cole. He's a longtime member of the eclectic, classically oriented Denver Brass as well as its offshoot Aries Brass Quintet. And since 1999 he's been a full-time tenured Associate Professor of Trumpet at the University of Denver's Lamont School of Music, where he also directs the Lamont Jazz Ensemble and plays in several faculty jazz and classical ensembles.

With a schedule like this, Hood has found it challenging to tend to the matter of his own recording career. Last spring, however, the trumpeter and his Lamont colleague Dave Hanson, a pianist and arranger of note, found the time and the resources to tackle an ambitious orchestral project featuring Hanson's arrangements. The gorgeous results may be heard on "Just a Little Taste: Al Hood Plays the Writing of Dave Hanson," Hood's first date as a leader. The disc will be released on the Al Hood Music label on February 17.

"With my love of and inspiration drawn from the 1955 Clifford Brown with Strings LP," says Hood, "I've always dreamt of recording a strings album employing my favorite melodies and a great variety of styles. I truly didn't think it would be my first album, given the cost of such projects and the complexities of recording! The idea was simply a 'pie in the sky' notion when proposed to my colleague Dave Hanson. Dave's writing embodies the spirit of great writers such as Nelson Riddle, Johnny Mandel, and Don Sebesky, and I felt a collaboration would prove very fruitful. Without expectation, I applied for grant monies through my university, and when awarded partial funding, the long-dreamt project soon became a reality." 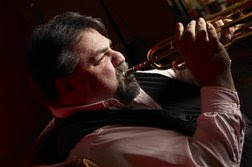 On the new CD, co-producers Hood and Hanson chose a richly varied repertoire of jazz and popular standards -- Lee Morgan's "Ceora," "Pure Imagination," "In the Wee Small Hours of the Morning," "If I Loved You" -- and originals by Hanson and trumpeter Pete Olstad. Hood's older brother Steve Hood provides the vocal on "Here's to Life," the CD's sole non-instrumental track.

"I Remember Clifford," Benny Golson's lyrical homage to Clifford Brown and Just a Little Taste's opening track, has special resonance for Al Hood. Brown has been one of his principal influences and is the subject of his doctoral dissertation in progress. In fact, Hood is a leading authority on the late, great trumpeter, and his extensive interviews with Brown's family, friends, and associates were used throughout Nick Catalano's 2000 biography, Clifford Brown: The Life and Art of the Legendary Jazz Trumpeter. His research will be utilized in a forthcoming video documentary by University of the Arts Professor Don Glanden, and he has been consulted by Jazz at Lincoln Center's Education Department for assistance with their Brown exhibit, now a part of the Nesuhi Ertegun Jazz Hall of Fame.

"Lyricist Jon Hendricks wrote glowingly of the 'warmth' of Brown's sound," says Hood. "That's what attracted me, and so many listeners, to him initially; his profound lyricism, articulate style, and extreme passion later revealed themselves to my ear. It sounds as if he is singing just to you through his trumpet. He draws you in with a voice that is difficult to ignore. That is his legacy, I believe, still to this day. This is something that I strive for in all of my performances -- to be able to touch someone emotionally through a musical phrase bathed in a highly distinctive voice."

Al Hood, 45, is a native of Rochester, NY who grew up in the nearby hamlet of Pumpkin Hook. He first picked up the trumpet at the age of 13, and a high school teacher loaned him albums by Clifford Brown and Lee Morgan. On his own, Hood began seeking out LPs by Miles Davis, Clark Terry, Freddie Hubbard, John Coltrane, and Dexter Gordon.

But Hood is never far from the stage. He plans a spring CD release event at Denver's Dazzle Restaurant and Lounge, where he frequently performs with the Ken Walker Sextet.
Posted by Arnaldo DeSouteiro at 7:43 PM