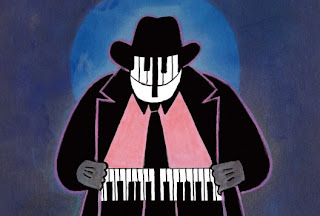 News from jazz historian Douglas Payne's fabulous website about Creed Taylor's CTI Records
(http://www.dougpayne.com/cti.htm):
"The CTI All-Star Band is scheduled to perform a three-week concert tour in Europe, beginning in July 2009. The first concert will be recorded and filmed in high definition at the Montreux Jazz Festival. The line up is scheduled to include Hubert Laws on flute, Randy Brecker on trumpet, Bill Evans on sax, Russell Malone on guitar, Mark Egan on bass, Jeff "Tain" Watts on drums, Airto on percussion, Flora Purim on vocals and Niels Lan Dokey on piano.
Later concerts are planned for the United States and Canada as well as Japan and Korea. Stay tuned for more news here."

Tickets for the CTI All-Stars Band 2009 gala concert at the Montreux Jazz Festival, next July 7, are already available here:
http://www.montreuxjazz.com/index.php?lang=en&cat=tickets&subcat=vip_corporate_packages
According to Wax Poetics magazine, "Creed Taylor and Sebesky are trying to reunite the surviving CTI All Stars to record an album and tour Europe." However, there are rumors that Todd Bashore will be doing the arrangements.

Creed Taylor: "We had a dynamite band line up including Airto and Pachito. The rhythm section would just be killing. But the European concert promoters were trying to get into the act. They wanted to book the CTI band, but they wanted to see all dead or alive members back in the CTI band. Of course, the economy isn't helping. Things change though."

Ron Carter: "Tell Creed to give me a call. My price has gone up since then. But I'm available."

Don Sebesky: "We're trying to go back and do it just like we used to - the same format, the same outlook, the same standard of excellence that Creed stood for. That's what really made CTI so great."

Hubert Laws: "I've been talking to Creed about this. I hope it happens. For me, it's not even the money. I'd just do it for the sake of the music."

Posted by Arnaldo DeSouteiro at 10:22 AM