The Jazzschool's Studio Bands 'A' and 'B,' both under the direction of Keith Johnson (below), captured 1st and 3rd place respectively on Sunday, April 5, at the 5th Annual Next Generation Festival in Monterey, California. 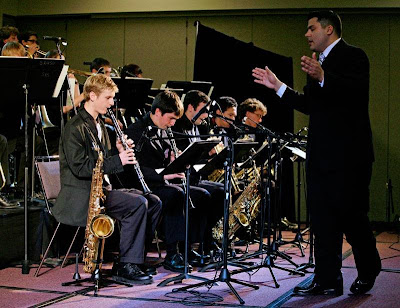 The weekend event, devoted to the future of jazz, includes the Next Generation Festival Jazz Competition with Big Bands, Combos, Vocal Ensembles, and individual musicians vying for a spot on the stages of the 52nd Annual Monterey Jazz Festival in September.

The Jazzschool bands competed in the Conglomerate Big Band Division (students from different schools rather than all one school) against groups from Portland, Oregon; San Diego; Nanao, Japan; and San Francisco (the always-excellent SFJAZZ High School All-Stars).

Their first-place finish guarantees Studio Band 'A' the opportunity to perform at this year's Monterey Jazz Festival as well as a $1,000 cash prize. Saxophonist Michael Czaja also received an Outstanding Soloist Award from the judges for his solo on "Madcap." 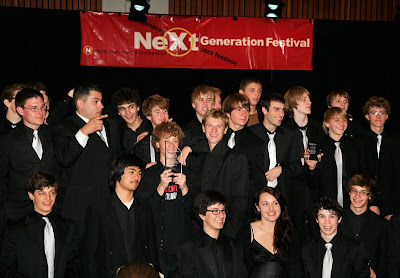 "Trophies and placement aside, as an educator this was one of the most musically enriching weekends of my life," said Keith Johnson, Director of the Jazzschool's Young Musicians Program. "Being on stage with the kids and watching them engage with each other and make music while also enjoying their performance as it happened is an experience I will not soon forget. I am so proud of all of the students for their accomplishments this weekend and am glowing with pride to be associated with such a wonderful group of musicians."

Adds Jazzschool Founder/Director Susan Muscarella (pictured below with Keith Johnson): "Keith's bands gave two magical performances. You can be sure I was one proud 'mama!'" 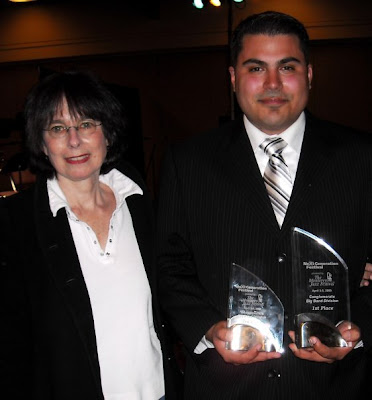