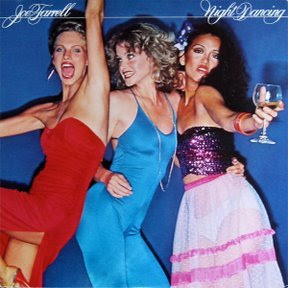 Two longtime out-of-print Joe Farrell albums from the 70s will be reissued on CD for the first time ever, next June 9, by the Wounded Bird label. Both titles - "Night Dancing" and "La Catedral Y El Toro", never before reissued not even in Japan! - were licensed from Warner Brothers, the company with which the late reedman signed a millionaire contract in 1977 after a series of seven great albums for CTI (not counting the unofficial releases nor the live dates with the CTI All Stars bands). However, Farrell was not able to reach the same momentum of his CTI heyday and, maybe due to the lack of good promotional efforts, his WB albums sold much less than the CTI ones.

Farrell played soprano & tenor saxophones, flute and even oboe (on Patti Austin's song "Is It Asking Too Much?"), sometimes sounding suffocated by a large horn section (with Randy Brecker, Michael Brecker, Barry Rogers, George Young and Ronnie Cuber, among others) and an even larger string section in disco-oriented scores like "Disco Dust" and the Eaton & MacDonald-penned "Promise Me Your Love," the latter also covered by David Newman on "Mr. Fathead."

The whole album was arranged & conducted by William "Bill" Eaton, a good composer who never achieved the sophistication nor the subtlety of such masters as Don Sebesky or Claus Ogerman as orchestrator.

I prefer Joe Farrell's performances on "Night Dancing", cut for Warner Bros. in 1978 after he moved to Los Angeles and soon became a star in California's jazz club circuit at that time (he reigned at "Carmelo's," "Donte's" and the "Comeback Inn" in Venice). The disco influence remains on the title track "Night Dancing" (written & arranged by the album producer Trevor Lawrence) and on a nice version of Stevie Wonder's "Another Star". There are two mellow pop ballads that were mega hits by the Bee Gees ("How Deep Is Your Love", with Flora Purim's sexy vocals) and Rod Stewart ("You're In My Heart").

But the other half of "Night Dancing" is simply fantastic, including Jeff Lorber's funky "Katherine" (Joe plays soprano sax), Farrell's own gorgeous jazz waltz "Silver Lace" (his flute intertwines with the wordless vocals of Lynda Tucker Lawrence & Andrea Robinson with great effect, while Herbie Hancock shines on the Fender Rhodes electric piano) and a superb a cappella performance (on tenor sax) of Harold Arlen/Johnny Mercer's standard "Come Rain or Come Shine". 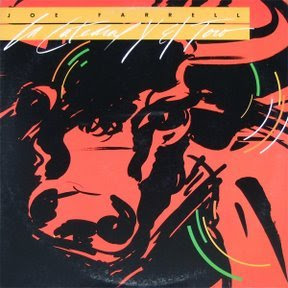 Posted by Arnaldo DeSouteiro at 10:35 AM