Hank Jones back on the block, with Joe Lovano 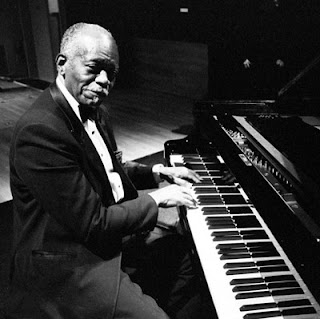 Gary Giddins celebrates the music of 88 year old pianist Hank Jones who after a massive heart attack had to undergo quadruple bypass surgery in spring but in mid-May could already be heard again in a duo with the saxophonist Joe Lovano ( The New Yorker ). Jones often was "admired more for the reliability of his technique than for his wit", writes Giddins. In truth, Jones had developed a very individual personal style over the years, easily recognizable, confident and precise. He had first performed publicly in 1931, had been influenced through Earl Hines and Fats Waller, later through Teddy Wilson and Art Tatum. When he came to New York in 1944 he had been working with the jazz elite within months. He grasped the ideas of bebop and mixed them with what he already knew. From the mid-50s until the 70s he worked mainly for the CBS studios. In 1978 he performed in the Broadway musical "Ain't Misbehavin'" celebrating the music of Fats Waller; after that he recorded with Charlie Haden or Cheick-Tidiane Seck, but also with his brother, the drummer Elvin Jones. With Joe Lovano he just recorded a duo album which "surely will make many of the year's best-of lists", as Giddins thinks.
Posted by Arnaldo DeSouteiro at 7:13 PM