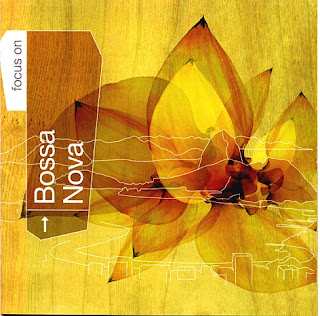 This is a trip into the world of bossa nova. Or the worlds of bossa nova. For the style that made Brazilian music so respected and famous all over the world has some subdivisions that coexist among its universe. Bossa nova ranges from the cool/introspective/airy sounds patented by Joao Gilberto in the late Fifties, to a strong/vigorous/hard-bop influenced samba-jazz that reigned in the mid-Sixties. But both streams are equally sophisticated in harmonic terms, mixing beautiful melodies with captivating grooves. So, here are the most incredible (and rarest!) bossa nova tracks from the RCA/BMG vaults, most of them on CD for the first time.

Opening track “Minha Saudade” is performed by a cult songstress, Alaide Costa, who is adored by Brazilian musicians. The original recording was done by Joao Donato, playing accordion as a sideman in an album by guitarist Luiz Bonfa in 1955. Alaide’s rendition, four years later, was the first one with lyrics, which were added by Joao Gilberto.

Brazil’s most famous vocalist in the international jazz scene, Flora Purim, cut the lovely ballad-bossa “Preciso Aprender A Ser Só” in 1964 for her debut recording, a four-song single that also “Gente”, featured in another album, “Focus on Brazilian Music Grooves”, from this same CD series. Among the famous sidemen are legendary drummer Dom Um Romao, Flora’s husband at that time, and guitarist Rosinha de Valença. The late Luiz Eça arranged and conducted the strings section.

As far as we are concerned, Johnny Alf”s intriguing version of “O Barquinho” is one of the two recordings of this song with English lyrics. A bossa nova pioneer, admired for his jazzy phrasing since the mid-Fifties, Johnny is considered by many as “the Brazilian Nat “King” Cole” for his unique and tremendously charming ability as vocalist/pianist.

Next comes the multi-talented Mario Castro Neves, leading his “Samba S.A.” in an extremely refreshing arrangement of “Nana”, Moacir Santos’ most famous song. This track, recorded in 1967, comes from Mario’s only album for RCA. The brother of guitarist Oscar Castro-Neves, he soon moved to London and, then, to New York, where he still leaves.

Released as a single in 1964, and never before reissued in any format, Marcos Moran’s “Fora do Tempo” is another ultra-rare track. A Marcos Valle composition, originally written as an instrumental for Eumir Deodato’s “Tremendao” album, it soon received lyrics added by Marcos’ brother, Paulo Sergio. For Moran’s version, Deodato prepared a more “aggressive” big-band score, featuring the driving beat of Dom Um’s drums and a short solo by trombonist Edson Maciel.

That same year, guitarist/singer Walter Santos cut “Samba Pro Pedrinho” with the top musicians in Sao Paulo - a city he adopted after arriving, like his friend Joao Gilberto, from Juazeiro, Bahia. The solos are by Walter Wanderley on piano and Hermeto Pascoal on flute, then also newcomers from Northern Brazil.

Wilson Simonal, who passed away in 2000 at age 61, started his career as a rock singer in the early Sixties. That’s why when he discovered the songs of Jobim & Co. he performed them in his unmistakable way - a very different approach from the intimate singing of Joao Gilberto. After releasing his best albums on the Odeon label, Simonal signed with RCA in 1974. He often used large orchestra in the sessions, as indicated by this track, “Sabe Voce”.

Raul de Souza is back on “A Vontade Mesmo”, the title track from his 1965 first album as a leader. This astonishing performance, recorded “live” in the studio, includes superb solos by the great trombonist (identified only as Raulzinho in the original vinyl cover) and by all the members of the Sao Paulo-based Sambalanço Trio, his backing band for the session. Airto Moreira’s volcanic drum solo is worth the price of this CD!

Milton Banana (1935-1999), one of the best Brazilian drummers ever, took part in Joao Gilberto’s debut album, backed the singer in the famous 1962 “ Bossa Nova At Carnegie Hall concert” and recorded the multi-Grammy winning “Getz/Gilberto” which introduced “The girl from Ipanema” to the world. Back in Rio, he formed his own trio, releasing a series of albums on Odeon. In the late Seventies he signed with RCA, often recording with orchestral backing. This medley, from a set exclusively devoted to Jobim’s songs, includes three all-time bossa favorites: “Chega de Saudade”, “Desafinado” and “Corcovado”.

From the original samba version by its composer, Jorge Ben, to the recent funk-jazz reading by Ithamara Koorax, not forgetting Sergio Mendes and Al Jarreau along the way, the powerful groove-appeal of “Mas Que Nada” remains unaltered for almost three decades. One of the top bossa groups, the Tamba Trio also have scored a big hit with their 1963 recording for Philips. When Tamba became part of the RCA cast in the Seventies, the same guys (Eça, Bebeto & Milito), decided to take the chance to conceive a new arrangement, in some ways even more adventurous than their first take.

During the sessions for Yana Purim`s debut album, recorded in 1980, I had the privilege to assemble an all-star band which included some of Rio`s most-in-demand musicians. A gifted lyricist, who collaborated with Michel Colombier, Mal Waldron and Hermeto Pascoal, to name a few, Yana (Flora`s sister) performs “Querendo Você”, her Portuguese version for “I Apologize”, backed by the legendary Joao Donato on piano, and Azymuth`s bassist Alex Malheiros, among others.

Donato is once again featured in another bossa gem from the Eighties, “Saudades de Voce,” one of the best tracks from Vinicius Cantuaria`s self-titled debut as a leader. Fresh from his stint as a drummer for Caetano Veloso, Cantuaria sings and plays guitar in this album, a very hard-to-find item. Donato`s sultry arrangement, for strings & horns, is a lesson in “less is more”.

A Jobim standard from the early Sixties, “Samba do Aviao” was producer Aloysio de Oliveira`s top choice for the first “Jobim & Miucha” album, recorded a decade later. Singer Heloisa Buarque de Hollanda, aka Miucha, is the sister of one of Brazil`s top composers, Chico Buarque de Holanda, also a novelist of moderate success.

Any bossa compilation would not be complete without “The Girl from Ipanema”. This is a very recent recording, by Gal Costa, who performed many times with Antonio Carlos Jobim in the Eighties. Recorded live in 1999, sung both in English and in Portuguese, it belongs to her tribute album to the maestro. God bless him!