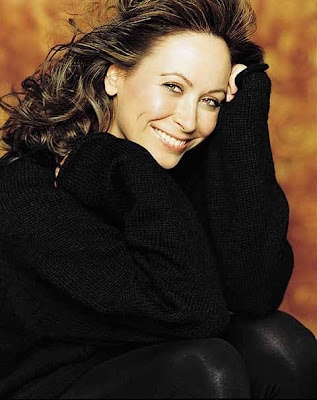 Linda Eder possesses one of the greatest contemporary solo voices of our time. This Minnesota farm girl has captivated audiences across the country with a versatile style and repertoire that covers standards, Broadway, jazz, pop and country. With nine solo albums and five cast recordings to her credit, Eder continues to expand her range. In the upcoming concert at Berklee, she will be featuring songs from her new CD Soundtrack which will showcase academy award-winning songs from the movies. Linda continues to be a favorite of Keith Lockhart and the Boston Pops. Her most recent appearance with them was this past June.

Born in Brainerd, Minnesota, her immigrant parents exposed her to many different types of music. The record collection in the Eder household was a mixed bag of pop, country, classical, and music native to her parents Home Counties, Austria and Norway. Her earliest vocal influence was the great Judy Garland. “I knew I wanted to be a singer by the age of eight.” At age ten she was introduced to the classical work of soprano Eileen Farrell. “I made up classical arias and sang them to the farm animals.” As a young teenager Barbra Streisand became Linda’s next big influence.

After graduating high school, Linda headed for Minneapolis and spent most of her twenties perfecting her vocals and stage presence working in clubs. The tough 6 shows a week schedule was a valuable training ground and in large part reason for her success today. “Back then no one knew me when I walked on the stage and I hoped they remembered me when I walked off.” Her fan base grew and by age 25 she headlined her own show at Harrah’s Casino in Atlantic City. Her first big break came in 1987 with an audition for Star Search. She won a spot on the first episode of that season. With her only goal to win at least one show, Linda proved unbeatable for an unprecedented 12- week run. Her success on Star Search expanded her fan base nationally and led to a leading role as Lucy Harris in the 1990 Broadway- bound musical Jekyll & Hyde, a role she played for over 900 performances all across the United States before finally arriving on the “Great White Way” in 1996 at the Plymouth theater in Manhattan. She starred on Broadway for 16 months, winning a Drama Desk Award and building her audience. She has recorded five separate cast and pre-cast Broadway albums and appeared on several more Broadway compilation albums.

The mainstay of Eder’s career remains the concert stage. Over the years, passionate fans across the country have packed concert venues from The Greek Theater in Los Angeles to New York’s Radio City Music Hall, The Gershwin Theater, The Palace Theater and four sold-out shows at Carnegie Hall. “As a kid, my dream was always to play Carnegie Hall.”

Among her many career milestones, Linda’s concerts have be televised on Bravo and PBS. She created and hosted a prime-time television special TRAIL MIX for Animal Planet and has been profiled by the Bravo Network. She has appeared on televised concerts of The Songwriter’s Hall of Fame, and Julie Andrew’s Leading Ladies of Broadway. She found strong supporters in television celebrity hosts and has appeared several times on Late Night with David Letterman, Regis & Kathy Lee and Rosie. Her powerful rendition of the track Gold was part of the opening ceremonies at the 2002 Winter Olympics.
Posted by Arnaldo DeSouteiro at 9:44 AM