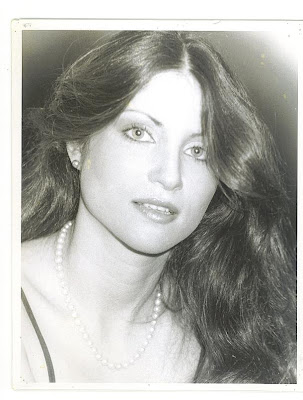 Julie Coryell, who wrote a seminal history of jazz-rock fusion and while married to the guitarist Larry Coryell, managed his career and contributed to his recordings, died on May 10 in Poughkeepsie, N.Y. She was 61 and lived in Hyde Park, N.Y.

The cause was undetermined, said her son Murali.

Ms. Coryell’s book, “Jazz-Rock Fusion: The People, the Music,” first published in 1978, was one of the earliest serious histories of fusion. It contained interviews with 58 musicians, including Jaco Pastorius, Randy Brecker, John Abercrombie and Mr. Coryell, along with photographs by Laura Friedman. It also included a rare interview with Miles Davis, conducted during his retirement years in the late 1970s.

Born Julie Nathanson in Manhattan, Ms. Coryell was the daughter of Carol Bruce, an actress and singer, and Milton Nathanson. She met Mr. Coryell early in his career. They married in 1968 and she became a visible part of his music: she appears on the covers of his 1969 albums “Coryell” and “Lady Coryell,” whose title song is dedicated to her. She also sang on some songs, including “Beyond These Chilling Winds” on the 1971 album “Larry Coryell at the Village Gate.”

In addition, she worked as her husband’s manager and helped write a number of songs that became part of his repertory, including “Spaces (Infinite)” and “Chris” from his 1970 album “Spaces.” That album is considered an early landmark in fusion, the branch of modern jazz that borrows from rock and other styles.

She moved to Woodstock, N.Y., in 1986, a year after she and Mr. Coryell divorced, and helped found the Woodstock Experimental Writers Theater, her son said.

In addition to her son Murali, of Boiceville, N.Y., she is survived by another son, Julian, of Los Angeles, and two grandchildren.
******
Obituary - All About Jazz
http://www.allaboutjazz.com/php/news.php?id=36517

Julie Coryell – Jazz Author, Manager, Singer
Posted: 2009-05-28, AAJ
By Bill Siegel
Julie Coryell – jazz author, manager, singer, songwriter, actress, and more – passed away unexpectedly on May 10, at St. Francis Hospital in Poughkeepsie, NY. She was 61 years old, and had been living at the Victory Lake Nursing Home in Hyde Park, NY. She collaborated with award-winning photographer Laura Friedman on the book, Jazz Rock Fusion: The People, The Music, first published in 1978 (republished in 2000), and containing in-depth interviews with 58 musicians associated with jazz rock fusion--including Jaco Pastorius, John McLaughlin, Carla Bley, Ron Carter, Randy and Michael Brecker, Freddie Hubbard, Billy Cobham, Tony Williams, Herbie Hancock, Keith Jarrett, Joe Zawinul, Dave Liebman, Wayne Shorter, among the many others – and the only interview granted by Miles Davis during his semi-retirement. The interviews were conducted by Ms. Coryell, and are accompanied by the striking photo-portraits of Ms. Friedman.

Howard Mandel, in his JazzBeyondJazz blog, places Ms. Coryell in a league with the likes of Laurie Pepper and Sue Graham Mingus – women who managed their musician-husbands’ careers, while simultaneously pursuing their own careers. Ms. Coryell co-wrote and performed on several recordings with then-husband Larry Coryell and raised their two sons, Murali and Julian (both of whom are now accomplished guitarists). She was involved in the performing arts throughout her life, first appearing on Broadway and film in the 1960s. From 1986-2003, Ms. Coryell lived in Woodstock, NY, where she founded the Woodstock Experimental Writers Theater.

A funeral service was held on Tuesday, May 19th, at Woodstock Jewish Congregation in Woodstock. She leaves her two sons, Murali Coryell and Julian Coryell, and two grandchildren.
Posted by Arnaldo DeSouteiro at 4:20 AM