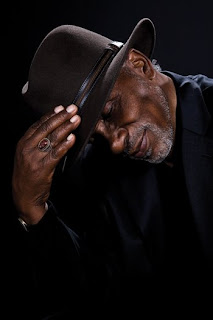 Ed Reed will make his first L.A. appearance since his days at Jordan High School. Like many artists of his generation, his career was interrupted by drug use and incarceration. San Quentin also hosted notorious jazz players, i.e., Art Pepper, Frank Butler and Frank Morgan (from whom Ed learned musically). Ed has emerged from addiction to being a grateful man, now working as an addiction counselor. At 80, Ed tied for 4th Place in Downbeat Critics Poll, "Rising Star Male Vocals" and appeared on the famed Marian McPartland's Piano Jazz Show.
He will perform songs from his excellent comeback album, "Ed Reed Sings Love Stories" (2007) as well as from its good sequel "The Song Is You" (2008). Not to be missed!
Posted by Arnaldo DeSouteiro at 6:31 AM