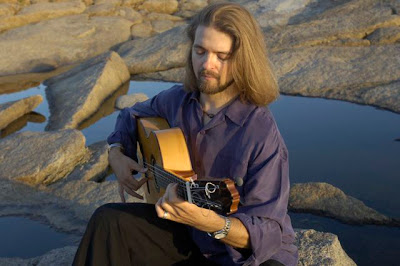 On Friday, June 19, 2009 at 8:00 p.m., Boston's critically acclaimed flamenco guitarist Juanito Pascual will celebrate the release of his newest album, "Language of the Heart" with a concert at Boston’s renowned Jordan Hall at the New England Conservatory of Music, 290 Huntington Avenue, Boston. The event, co-presented by Culture Fest International and The Intercultural Institute at New England Conservatory is also a fundraiser and awareness builder for Culture Fest International, an ethical global events initiative run by the non-profit organization Second World.

Tickets priced at $25, $35, and $95 VIP [VIP tickets include premium seating, a pre-show wine and tapas reception hosted by Taberna de Haro and a complimentary copy of "Language of the Heart" go on sale Monday, May 18 at 11:30 a.m. on line at http://www.brownpapertickets.com/

or by calling: 800-838-3006. A limited number of discounted VIP ticket packages are available prior to June 1st: two VIP tickets may be purchased at the early bird rate of $125. For more information, call: 800-838-3006. Brown Paper Tickets offers the lowest ticketing fees in the industry; VIP tickets are fee-free! Jordan Hall is wheelchair accessible.

Appearing in concert with Juanito Pascual will be special guest Nino de los Reyes, one of Spain’s top flamenco dancers. “Nino de los Reyes, still a teenager, projects the arrogant, rebellious upstart persona. He started his alegrías, A mi forma, with salvos of steps and pauses to make sure he had our attention. I’ve noticed the influence of contemporary tap and hip-hop on flamenco’s younger generation, and Nino is a master of the sudden pivot turn, the grounded assertiveness, the sense of rebounding as a source of more speed and maneuverability, the action-ready arms and upper body. He built up to a rapid-fire six-count rhythm with a whole variety of accents and ended almost galloping into the ground,” noted writer Marcia B. Siegal in The Boston Phoenix in 2003.

Also performing will be Boston’s Stan Strickland on flute, Gonzalo Grau on cajon, Rohan Gregory on violin, Jerry Leake on tabla and percussion and Seiki Tamura on guitar. Several other performers will soon be announced.

Pascual is a Minneapolis native who moved to Spain as a teenager and immersed himself in flamenco culture by playing in the subways of Madrid and cutting his teeth on the streets studying with legendary flamenco artists. He moved back to the United States, attended New England Conservatory and subsequently had a string of successes including performing internationally with some of today’s top flamenco, jazz and world music artists, collaborating with Boston-based composer Osvaldo Golijov on his Grammy®-winning opera "Ainadamar," performing in prominent Spanish nightclubs and even landing a small part in the recent movie "Pink Panther 2" with Steve Martin!

In addition to composing and performing his own music, Pascual is passionate about education and social issues such as those held high by Culture Fest International and non-profit organization Second World. Juanito says, “This for me is all about sharing the sound and experience of making this music which fills me with so much joy each and every day. There is so much to celebrate about life and to be thankful for. I find that playing this music is an incredibly direct reminder of that.“

This gala concert will also serve as an introduction to the non-profit edutainment organization, Second World and its Culture Fest International (CFI) global ethical events. A fair trade arts showcase will take place at 7:00 p.m. before the performance at Jordan Hall. Backed by more than a decade of field work, CFI’s event series foster sustainable international development while facilitating cultural exchange through music and the arts. Second World advocates for fair trade, indigenous rights and cultural preservation through the power of media, music, fashion and art and has been producing festivals througout New England since 1998.

This concert also kicks off the fourth annual "Unlocking the Art of Flamenco," a one-week intensive summer workshop directed by Juanito Pascual at New England Conservatory where Pascual graduated with honors in 1997. This uniquely interactive and hands-on experience allows students of all levels to learn rhythms, singing and dancing and to receive first class instrumental instruction. For more information, go to: