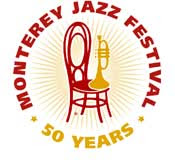 Jazz with Steinbeck transforms the Center into an intimate jazz supper club mixing great music, gourmet cuisine and fine wines. The 2007 Presenting Sponsor is Scheid Vineyards. Additional event sponsors include Rabobank, Taylor Farms, Perry Flicker, as well as event Hosts Pat Chapman and Salinas Valley Memorial Healthcare Systems. According to Jeff Gilles, chair of the National Steinbeck Center Board of Trustees, Jazz with Steinbeck has become a one-of-a-kind event in the Monterey area with a unique pairing of food, wine, and jazz. Guests are sure to have a once-in-a-lifetime experience.”

Chef Cal Stamenov of Bernardus Lodge will create an exceptional gourmet experience which will be matched with premium wines and champagne chosen by Master Sommelier Fred Dame.

Vocalist Kim Nalley may exude the aura of Billie Holiday, but she packs a 3 1/2 octave range, going from operatic heights to gritty blues on a dime. Reminiscent of former Count Basie icons Helen Humes and Joe Williams, Kim is a lauded Bay Area performer and actress. Kim had a starring role at San Francisco’s Teatro Zinzanni and is also the co-owner of the nightclub Jazz at Pearl’s. Brought to national attention by the late music critic Phil Elwood and San Francisco Symphony director Michael Tilson Thomas, she has performed at major jazz festivals in the United States, Europe, Japan and Canada.

The Santa Cruz-based vocal group, Jazz Birds, have delighted audiences everywhere as they swoop and swing with their high-flying harmonies and soaring syncopations. At the heart of every performance is a tribute to the Boswell Sisters, the three New Orleans-born stars of 1930s radio and recording. Music lovers around the Bay Area have come to enjoy this charming quartet’s own hot and sweet style of original vocal arrangements of classic songs from the golden age of jazz.

Vocalist Ed Reed is a recent discovery in the world of jazz. Born in 1929, Reed grew up in Los Angeles, and began singing around town on amateur nights at a young age. Reed joined the army at 17 and subsequently became addicted to heroin. Between 1951 and 1966, Reed did four stints in San Quentin and Folsom Prisons and eventually kicked the habit in 1986. He began singing in public again in Bay Area in the late 1980s. Now 78, Reed has released his first CD, Love Stories to universal acclaim. Placed firmly in the school of Billy Eckstine, Bill Henderson and Joe Williams, Reed’s gripping emotional vocals reflects a lifetime of hard living and bittersweet experience.

Jazz with Steinbeck is limited to 125 guests. General admission tickets are $500 per person and VIP/Reserved seating tickets are $1,000 per person. Host and Sponsor packages are still available! You may reserve your Host Package (includes 4 tickets) or your sponsor package (includes 8 tickets) space permitting. Reservations may be made by contacting Tiffany M. DiTullio at the National Steinbeck Center at 831-775-4723 or via email at tiffanyd@steinbeck.org.
Posted by Arnaldo DeSouteiro at 6:35 AM