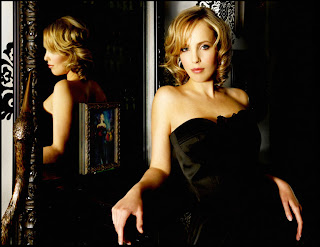 Sophie's much-anticipated new album, Make Someone Happy, debuted at #1 on the iTunes jazz charts in Canada - just a few hours after its release! Make Someone Happy features 13 tracks, ranging from standards like "People Will Say We're In Love" and "It Might As Well Be Spring" to new favourites like Stevie Wonder's "Rocket Love" and The Guess Who's "Undun" (featuring a guest appearance by Randy Bachman himself). It also includes "Something In The Air Between Us", a new song written especially for Sophie by Marc Jordan and Steve MacKinnon, and Sophie's touching rendition of "(It's Not Easy) Bein' Green."
Posted by Arnaldo DeSouteiro at 1:52 PM