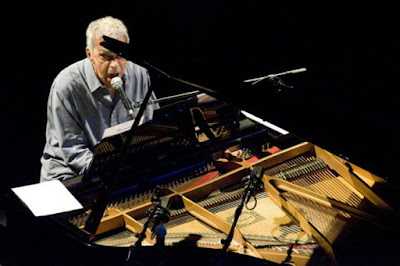 Brazilian pianist, singer, composer, arranger and conductor.
Founding member of the legendary Os Cariocas, the best and most important vocal group in the history of Brazilian music.
His daughter is a famous movie and TV actress in Brazil, Lucia Veríssimo.
I had the honor to work with Severino Filho in some concerts that Os Cariocas did with singer Ithamara Koorax between 1996 and 2010, as well as I have included many tracks by Os Cariocas in compilations I produced in several countries; among them, the best-selling series "A Trip To Brazil" released by Verve Records. Their rendition of "Tão Doce Que É Sal," by composers Pingarilho & Marcos Vasconcellos, is a bossa nova gem.
In 2015, an Italian name specialized in "public domain releases" issued, only on vinyl, the album "Um Encontro No Au Bon Gourmet," a precious document of a 1962 concert reuniting Os Cariocas, João Gilberto, Antonio Carlos Jobim, Vinicius de Moraes, Octavio Bailly and Milton Banana.
Btw, Joao Gilberto considered Severino Filho a genius! And he was, indeed.
Rest in Peace. 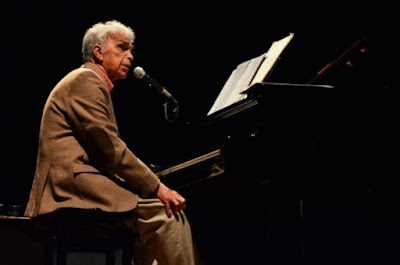 Posted by Arnaldo DeSouteiro at 9:24 PM