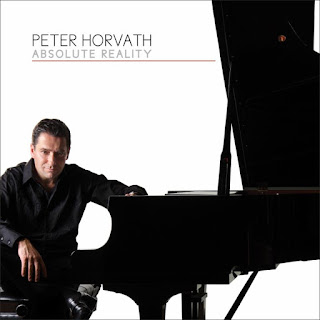 CTI meets GRP, Bob James meets David Benoit on "Absolute Reality." What a joy to listen to this album! The second CD by keyboardist/arranger Peter Horvath is an absolutely pleasant effort, full of killer grooves and lovely melodies. Guest stars like Bob Mintzer (shining on "Carla" and "Escape From Oakland") and Randy Brecker (who overdubbed a nice solo on "Foreign Matter") add an extra spice to Horvath's perfectly built tunes, but the disc offers many other pleasures.

The main hero is the leader himself, a terrific soloist, specially on the Rhodes electric piano. Norbert Stachel, a superb reedman who co-wrote six of the ten tunes, sounds like an entire horn section. The album also includes some of the last recordings by late drummer Ricky Lawson (1954-2013). Among them, the title track that mixes a James Brown-like riff with a glamorous melody played by Horvath on the acoustic piano.

Mintzer and Horvath share the spotlight on the funkyfied "Escape From Oakland," while Kenny Washington's wordless vocal effects add a special flavour to the laidback groove of "Nassau Nights," on which Horvath's hands seem to fly on the Rhodes over a lush horn arrangement.

If you like Hancock's late 70s efforts, you'll love "Fake Out," another number with an infectious groove, a dazzling Rhodes solo, and Norbert Stachel playing nothing less than five horn instruments. "Miss You" is a latin-tinged ballad, coloured by Michael Spiro's percussion. "Sardegna," another radio-friendly number evokes memories of Azymuth's Milestone years. The album closes with Horvath's tune for his son, "Braden's Song," a striking, ebb-and-flow solo piano piece a la Bill Evans that provides a tantalizing glimpse at another side of this great artist.
*********

Based in the San Francisco Bay Area since the mid-1980s, keyboardist/ composer Peter Horvath has thrived in the region's highly diverse environment, where various music scenes often overlap. He's played post-bop with Bobby Hutcherson, Joe Henderson, Eddie Henderson, and Charles McPherson, and funk fusion with the Victor Bailey Group, Marcus Miller, Bennie Maupin, and Lenny White. He's played Latin jazz with Arturo Sandoval, Ray Obiedo, and Pete Escovedo, and funk and R&B with Pee Wee Ellis, Lalah Hathaway, Melba Moore, Ledisi, and Rosie Gaines.
But his in-demand status left him little time for his own music. Now, picking up where he left off in 1995, when Lake Street Records released his critically hailed chart-topping debut Foreign Matter, Horvath is following up with Absolute Reality, his second album as a leader. The CD, which will be released by his Foreign Matter Records on March 25, showcases some of most potent improvisers in jazz and Latin music including trumpeter Randy Brecker, saxophonist Bob Mintzer, drummer Lenny White, bassist Victor Bailey, and guitarist Ray Obiedo.
"It's kind of crazy it's been 20 years since my last album," says the Hungarian-born musician. "During that time I was on the road constantly, both nationally and internationally, with artists like Victor Bailey and Lalah Hathaway. When my touring schedule slowed down a bit in 2012, I decided it was time to focus on my own music and get it out there."
Absolute Reality is a highly personal and supremely engaging album by an artist eager to celebrate the musical riches he's experienced in the Bay Area. The opener and title track is both a manifesto and a statement of purpose co-written by saxophonist Norbert Stachel, who provides consistently smart horn arrangements throughout the album. "Carla," featuring a gently insinuating groove from Lenny White and a soulful, lyrical performance by Bob Mintzer, showcases Horvath's gift for crafting yearning melodies.
No tune better captures the singular mélange of styles that came together in the Bay Area than "Fake Out," a funk-driven tune that sounds like a theme for a 1970s street-wise detective show by way of Steely Dan. "Escape from Oakland" marks the first encounter between Victor Bailey and Ricky Lawson, who together "create this ferocious groove," says Horvath.
For pure straight-ahead blowing, Horvath digs in with "Foreign Matter," a treacherous post-bop workout that features Randy Brecker's witty and casually virtuosic trumpet. 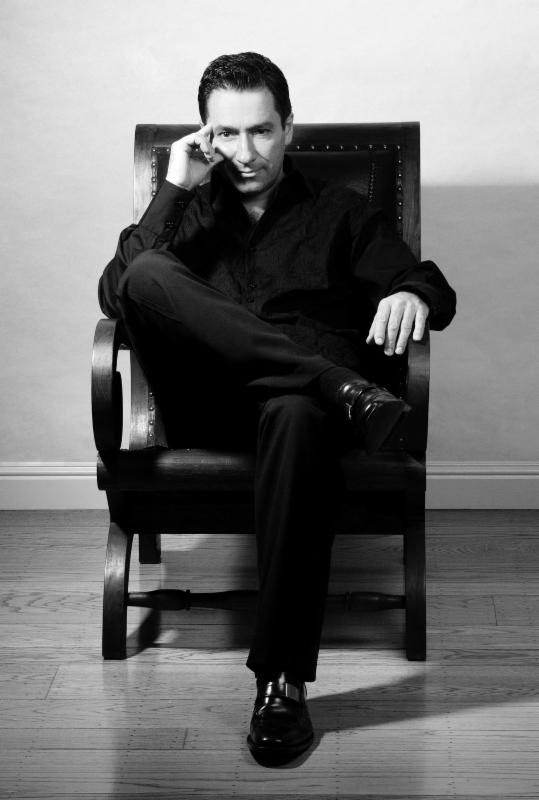 Born in Budapest, Peter Horvath grew up behind the Iron Curtain at a time when availability of American jazz recordings was very limited. But as the son of Hungarian pop star Mátrai Zsuzsa, he had access to recordings she brought back from touring outside the country. He also credits his maternal grandfather with introducing him to the infinite possibilities of the piano.
"My mom was the Barbra Streisand of Hungary, but I wanted a normal mom," Horvath recalls. "In hindsight it was a wonderful thing. Through her I got exposed to jazz. She still lives in Budapest and still performs."
Already passionate about the piano, Horvath experienced a jazz epiphany as a young teen when he heard the music of Oscar Peterson. While pursuing his love of jazz, he continued to immerse himself in the European classical tradition, studying at the Béla Bartók Conservatory of Music. At 17, he won the National Jazz Combo Competition in Gyor, Hungary and a year later he chose to leave his homeland behind.
Horvath went on to study at the Vienna Conservatory of Music, a move that also led to steady jazz work on the Austrian scene. A scholarship to Berklee brought him to the United States in 1983, when he was 22, and by the end of the year he had left Boston to settle in the Bay Area. He arrived in California as a straight-ahead jazz player, but working with funk vocalist Rosie Gaines introduced him to the jazz-steeped Bay Area R&B scene, where he flourished.
All of those influences are readily apparent on his 1995 album Foreign Matter, a highly successful project featuring regular compatriots such as John Pena, Steve Smith, Ray Obiedo, Walfredo Reyes Jr., Benny Rietveld, Santana's Tony Lindsay, and David Garibaldi (with whom he collaborated on a series of widely influential instructive videos for Warner Bros.). He draws on some of the same cast on Absolute Reality, in addition to the great Bob Mintzer, Randy Brecker, Victor Bailey, Lenny White, Dean Brown, and others. It took some time, but Horvath's second album marks the return of a bandleader with a singular and expansive musical vision "that encompasses all the things I've been exposed to," he says. "I wanted to do something that represented all this musical and cultural diversity."