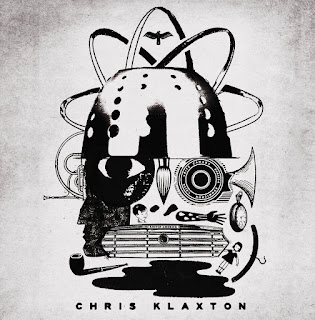 Trumpeter Chris Klaxton, whose “artistry is born from a place that communicated freedom and connection to a universal groove that will beg of you to dance,” according to renowned trumpeter Jason Palmer, presents his sophomore album "Collage", a follow up to his critically acclaimed debut "Starcode".

Where "Starcode" explored both spirituality and science in the wake of a tragic loss, "Collage" is a reflection on release and letting go. Answers to the philosophical questions posed in his debut are, on this effort, explored through hauntingly beautiful melodies, rich harmonies, funky grooves and poignant storytelling.

On "Collage", released last week on March 1st, Klaxton has created a sound that is distinctly his and unique to the current landscape of modern jazz. Besides the leader on trumpet, it features superb singer (or should I say vocal instrumentalist?) Taylor O'Donnell on astonishing wordless vocal performances, Mark Small (tenor sax), Kendall Moore (trombone, shining with a velvet-like sound a la Urbie Green on "Love Gone Wild"), Mike Effenberger (killing on the Fender Rhodes), Tim Jago (guitar), Sam Weber (bass) & Michael Piolet (drums). The last track, "Fictional Friends Remix" is a successful rap adventure in an astounding project. 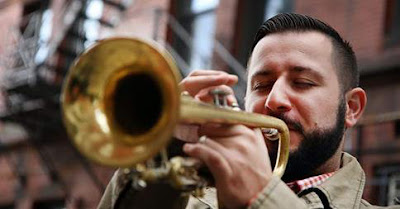 Posted by Arnaldo DeSouteiro at 9:49 PM