The eagerly awaited movie "Miles Ahead" -- directed & starred by Don Cheadle -- opens tomorrow, April 1st, in Los Angeles and New York! And its soundtrack will be officially on sale also tomorrow.
Opening nationwide on April 22! 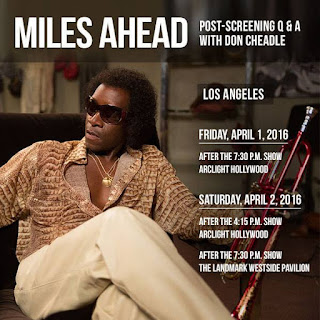 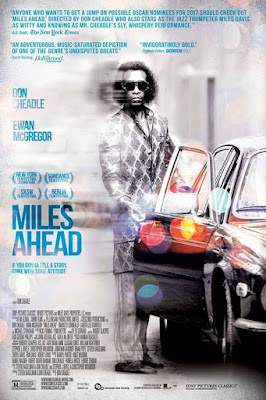 In the midst of a dazzling and prolific career at the forefront of modern jazz innovation, Miles Davis (Don Cheadle) virtually disappears from public view for a period of five years in the late 1970s. Alone and holed up in his home, he is beset by chronic pain from a deteriorating hip, his musical voice stifled and numbed by drugs and pain medications, his mind haunted by unsettling ghosts from the past. [Sony Pictures Classics]
Posted by Arnaldo DeSouteiro at 10:56 PM