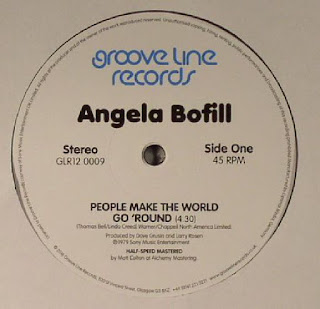 Release Date: March 18, 2016
A very nice reissue with two tracks from different albums by a sensational vocalist, Angela Bofill, who was forced to retire due to two massive strokes in 2006 and 2007 which left both her speech and mobility impaired. Although she lost her ability to sing after her second stroke, in recent years Bofill did return to the stage in "The Angela Bofill Experience." The show consists of Bofill recounting her life and career, joined by Maysa Leak, Phil Perry and Melba Moore, performing Bofill's biggest hits and signature songs.

"Under The Moon..." comes from her debut album, "Angie" (1978), while the Thom Bell-Linda Creed r&b anthem "People Make The World Go Round" (covered by Freddie Hubbard and Milt Jackson during the CTI heyday) was included on her second Arista album, "Angel of the Night" (1979).

Hope she will receive some money from this reissue... 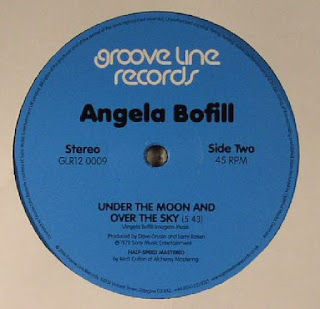