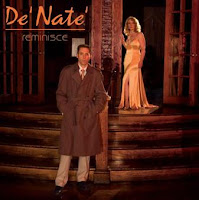 nuGroove Records President David Chackler discovered genius keyboardist\producer, Nate Harasim over a year ago, after listening to Nate’s self produced debut release, Next in Line.

Impressed by his unique ability to create memorable, funky rhythms, he believed that Nate could become one of the top artist\producers in the contemporary jazz genre. In early 2007, Chackler signed Nate Harasim to nuGroove and began developing his talents. He hooked Nate up with other nuGroove talents such as Jay Soto, and hit-making producer/artist Darren Rahn among others. Thriving in this atmosphere, Nate rose to the challenge, and within a very short time was ready to produce his second CD, entitled Love’s Taken Over.

During this same period, Chackler had been developing the very talented singer\songwriter Deborah Connors. Deborah was one of the top vocal coaches in Chicago, and had been producing and writing jingles, commercials, and songs for film and TV shows. Deborah was a veteran of the Chicago music scene and had worked at the legendary Chicago Trax Recording Studios with talents such as R Kelly, Ministry’s Al Jorgenson, George Harrison, Liz Phair, Trent Reznor, as well as some of the great Chicago House artists such as Farley “Jackmaster Funk”and Joe Smooth, among others. Deborah had honed her talents with these superstars while recording two of her own albums, doing commercials and producing her own dance music album, Midnight Affair. After writing and co-producing her own music with writer/producer, Michael Powell in Chicago, Chackler felt she was ready as a soloist; he was just waiting for the perfect partner with whom she could produce and create.

Enter, Nate Harasim, who was in the midst of creating his Love’s Taken Over album, and was in need of a vocalist with a very unique sound to add to one of his tracks, “Feel the Love.” It was a match made in heaven…Chackler recommended that Nate connect with Deborah, and the rest is history. “Feel the Love” was the beginning of the new De’Nate’ sound. The track received great attention at radio, and was hailed by format stalwarts Carol Archer of Radio and Records Magazine, and Sandy Shore of Smoothjazz.com as “a hit” and “one of the best smooth jazz tracks of 2008."

Never one to miss an opportunity, Chackler asked Harasim and Connors to team up and record a new album together for nuGroove, an album which would combine their singular talents, and create a new sound to invigorate the contemporary jazz format, as well as R&B, soul and even pop. The combination of Deborah Connors uniquely intricate vocal styling’s, on top of Nate’s incredibly haunting rhythms became Reminisce.

Reminisce will be available at all U.S. retail and e-commerce locations on August 19, 2008…don’t miss the experience.
Posted by Arnaldo DeSouteiro at 10:47 PM