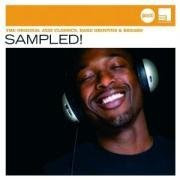 The sub-title "The Original Jazz Classics, Rare Grooves & Breaks" says it all!
18 tracks from the Universal catalog that have been sampled by stars of the hip-hop generation such as A Tribe Called Quest, Gang Starr and rapper Lupe Fiasco.
Compiled by Sergej Braun, brings detailed info about who sampled who, and on which songs.
For example: Milt Jackson & Ray Brown's "Enchanted Lady" was sampled by the group De la Soul on their tune "Dinninit"
The opening track, Kool & The Gang's "Summer Madness" was sampled by DJ Jazzy Jeff & The Fresh Prince in "Summertime" (btw, that same Kool groove was used on Miles Davis' "The Doo Bop Song")
George Duke's "Someday" appeared on Common's "Break My Heart".
And there are three tracks performed by Brazilian artists: Jorge Ben's "Oba La Vem Ela", from the famous 1970 LP "Força Bruta" was sampled by Folk Og Roevere in "Foothouse"; Astrud Gilberto's 1964 rendition of the lovely ballad "Who Can I Turn To?" became an integral part of The Black Eyed Peas' "Like That"; and the guitar beat of the underrated Luiz Henrique was kidnapped by the German Jazzanova DJs in "Another New Day".
But all the tracks here are the original ones.
Posted by Arnaldo DeSouteiro at 10:48 PM