The Mike Longo Trio presents "A Tribute to James Moody" in NYC, on March 22 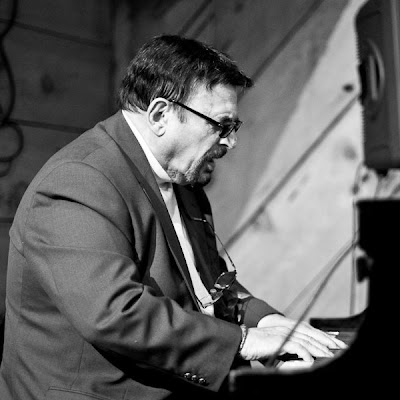 Join us for a special concert paying tribute to the great James Moody with the Mike Longo Trio featuring Paul West (bass) & Ray Mosca (drums) on Tuesday, March 22 at "Jazz Tuesdays" in the Gillespie Auditorium at the New York Baha'i Center at 53 East 11th Street (between University Place & Broadway). There will be two shows at 8:00 and 9:30 p.m. Reservations and Information: 212-222-5159. James Moody was Mike's closest personal friend, as well as a musical mentor. Come and hear stories about their shared experiences on the road over the years, including time spent together on Dizzy's band.

Mike Longo, a Steinway artist, has performed with a list of jazz legends that include saxophone great Cannonball Adderley, Henry Red Allen, Coleman Hawkins, George Wettling, Gene Krupa, Nancy Wilson, Gloria Lynn, Jimmy Witherspoon, Joe Williams, Jimmy Rushing, James Moody, Astrud Gilberto and many others. It was in the mid-60s when Longo’s trio was playing at the Embers West, that Roy Eldridge told Dizzy Gillespie about this new pianist he had heard. Dizzy came to hear him play and soon asked him to become his pianist. This started a life-long musical relationship and friendship.