The events titled "The Genius of João Gilberto" (June 22 at the Carnegie Hall, in NY, as part of the CareFusion Jazz Festival - former JVC Jazz Fest - promoted by veteran impresario George Wein) and "An Evening With Joao Gilberto" (June 25 at Boston Symphony Hall and June 29 at Chicago Symphony Center) have finally been confirmed. Now there are plans for a concert in Los Angeles too, probably at Roxy Theater.
Tuesday, June 22, 2010 / 8:00 PM
Carnegie Hall - New York City, NY
Isaac Stern Auditorium / Ronald O. Perelman Stage
The Genius of João Gilberto

João Gilberto , the "Bossa Nova Pope," returns to enthrall NYC audiences after a memorable performance there at Carnegie Hall in 2007. Foremost interpreter of Antonio Carlos Jobim, and the bossa nova creator, João's mesmerizing solo performances turn the hall into a cathedral of rhythm, romance and longing.
Tickets: $95; $85; $60; $35
On-line:
By Phone: 212 247 7800
By Email: boxoffice@carnegiehall.org
At the venue box office: 57th St and 7th Ave
Presented In Partnership With
Carnegie Hall

The CareFusion Jazz Festival New York will be held June 17 - 26, 2010. After being without the annual jazz festival this past June for the first time in 37 years, jazz fans from around the world can celebrate the festival’s return. George Wein, along with his New Festival Productions, LLC, again will produce a 10-day festival that will cover the city with concerts.

Ticket info for the Boston date: 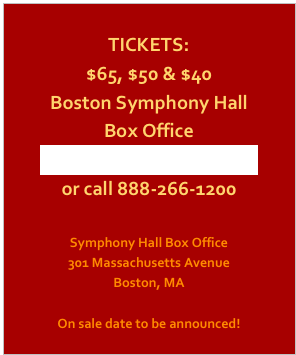 Tix for the Chicago concert:
http://cso.org/TicketsAndEvents/EventDetails.aspx?eid=3682