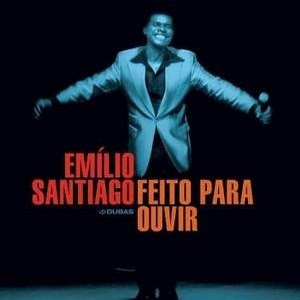 That's what they say:
"A stone 70s classic from Emilio Santiago -- and a set that really marks a big step forward in his music! Although coming from indie roots, Santiago's in richly sophisticated territory by the time of this record -- working with both soul and sensitivity that really set a new standard in Brazilian music for the time -- especially from a relative newcomer. The backings have a sensitive mix of keyboards and gentle instrumentation -- just the right level to underscore Santiago's subtly soulful vocals -- and although there's not nearly as much all-out groove as you'll hear on some other records by Emilio, there's a sense of depth that's really kept this one fresh over the years. Titles include "Ponto Final", "Mentiras", "Rua Deserta", "Ultima Forma", "O Que E Amar", "Maria", "Beijo Partido", and "Olha Maria". © Dusty Groove America, Inc.
Posted by Arnaldo DeSouteiro at 8:43 AM