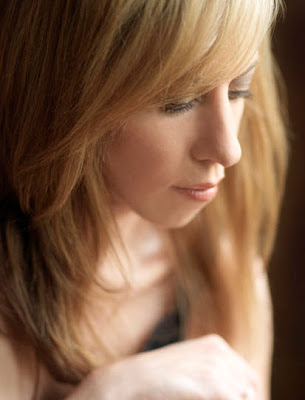 Kate Reid is a jazz singer and pianist in the Los Angeles area. Originally from Cuyahoga Falls, Ohio, Kate moved to southern California in the fall of 2002 with her husband of 10 years, trumpet player Steve Reid. These two musicians have enjoyed many musical opportunities while living in New York, New Orleans and Miami. California, though, is now home!

In April of last year, she teamed up with legendary jazz guitarist Ron Eschete and his trio. This quartet has been performing regularly in the jazz clubs of southern California. Other recent work includes recording for independent films and singing backing vocals for pop artist Liezl. Kate is also in demand as a jazz artist in Japan. Since 1998, she has been spending her summers performing in Tokyo with various japanese jazz musicians.

Kate has recorded for Royal Caribbean Cruise Lines, Costa Cruise Lines, the Orange Bowl half-time and parade performances and various commercial spots since 1994. She also performed with Jon Secada as a backing vocalists for the release of his album "Amor" and was selected as one of four back-up vocalists for the recorded and nationally televised 'Summit of the Americas' broadcast produced by Quincy Jones in 1996. Kate was a semi-finalist in the 1998 Thelonius Monk Jazz Vocal Competition.

Dr. Kate Reid joined the faculty of Cypress College as head of the jazz program in the fall of 2002. She teaches the jazz vocal ensemble, jazz improvisation, jazz history, music theory and maintains an active private jazz voice studio at the college. In April of 2004, Dr. Reid conducted the college's vocal jazz ensemble at Carnegie Hall in New York City. She is in demand as a guest artist and clinician throughout the United States and Canada. Check her talents tonight and you'll be delighted.
Posted by Arnaldo DeSouteiro at 8:45 AM