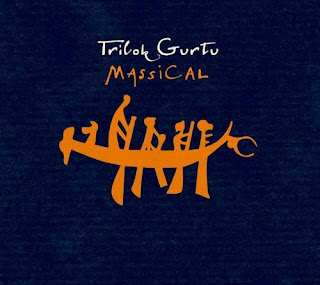 Drummer and percussionist extraordinaire Trilok Gurtu was born into a family of musicians in Bombay and has moved between different worlds for so long now that it seems like a personal odyssey. Influenced by John Coltrane and Jimi Hendrix he subsequently moved to Europe and involved himself in high profile collaborations with the likes of John McLaughlin, Joe Zawinul, Don Cherry, Airto Moreira (the superb "Misa Espiritual" album/video project for Harmonia Mundi with the WDR Big Band, never reissued on CD nor DVD!!!) and Jan Garbarek.

Gurtu holds Don Cherry in great respect particularly as he made the highest level of music available to everyone by very simple means. That's exactly how the percussionist feels 'Massical', should be understood. His premise is that "music has to be there for everybody - it is the masses who have to decide about music and not the classes. The classes always have the money. But you always have to reach the masses. That's why I say music is massical, not classical".
Posted by Arnaldo DeSouteiro at 10:31 AM