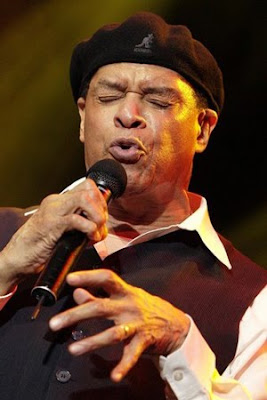 New York welcomes the First Annual HSBC Jazz Festival
Spyro Gyra, Jonathan Butler, Al Jarreau, Christian Scott, Patti Austin, Tuck and Patti
March 25, March 27 and March 28 at the Nokia Theater in Times Square
**********
Thursday, March 25 - Spyro Gyro and Jonathan Butler - 8pm - Nokia Theater, NYC
Marquee Concerts are proud to present the first annual HSBC Jazz Festival opening on Thursday, March 25th with the double bill of Spyro Gyra and Jonathan Butler. Many of you only have to read the name Spyro Gyra and are already humming "Morning Dance" and "Shaker Song". Since their earliest recordings in the mid 1970s, they have taken a fresh approach to their craft by borrowing from a range of sources and distilling them into an unmistakable signature sound. This eclectic sensibility has earned the band 10 GRAMMY nominations overall, and has fueled the sale of 11 million records -- including one platinum and two gold records. In the midst of the achievements and accolades, Spyro Gyra has logged over 5,000 high-energy performances in their prolific career.

Jonathan Butler has led a life few could imagine. Born under the shadow of South African apartheid and raised in poverty, Butler while still in his teens, became the first non-white artist to be played on white mainstream radio and appear on national South African television. Nelson Mandela credits Butler's music as having inspired him during his long days of imprisonment. He has three decades of international acclaim and has topped the Billboard charts with Contemporary Jazz, R&B, and Gospel albums. His live performances are legendary - captivating and heart stirring.

Al Jarreau's distinctive voice has enthralled fans for more than 30 years. His passion, emotional honesty and astonishing sound have contributed mightily to the popularity jazz vocals enjoy today. Perhaps more than any popular vocalist, he embodies the notion of the voice as a pure instrument. Recognized with 6 GRAMMY Awards, he is the only vocalist in history to net GRAMMY Awards in three different categories (jazz, pop, and R&B, respectively). Al Jarreau is one the greatest jazz vocalists of all-time. And the grounbreaking 2-LP set "Look to the Rainbow" (Warner) remains one of the best vocal albums not only in the history of jazz, as well as in the history of music in general.

Twenty six year old, New Orleans native, Christian Scott is a GRAMMY nominated jazz trumpeter, composer and producer. He has been heralded by JazzTimes magazine as "the Architect of a new commercially viable fusion" and "Jazz's young style God." NPR stated "Christian Scott Ushers in New Era of Jazz." Billboard Magazine called Scott's major label debut, Rewind That "arguably the most remarkable premiere the genre has seen in the last decade." The magazine highlighted Scott as one of the "10 Faces to Watch in 2006" and featured him on its cover twice that year. His critically acclaimed first album earned him the GRAMMY nomination for Best Contemporary Jazz Album in 2006. His forthcoming release (March 30, 2010) "Yesterday You Said Tomorrow" draws on Miles Davis' approach to trumpet, with Christian Scott extending the master's Harmon mute trademark speaking style into the even more breathy 'whisper technique', as well as encompassing hip hop rhythms and Radiohead-inspired chord structures.

Native New Yorker Patti Austin made her professional debut at the Apollo Theater when she was 5 years old. Quincy Jones and Dinah Washington have proclaimed themselves her Godparents. She's had over twenty songs on the Billboard charts. She recorded best-selling albums for such labels as Creed Taylor's CTI and Quincy Jones' Qwest, and has sung duets with George Benson, Michael Jackson, Luther Vandross and Jerry Butler. In 2008, fifty-three years after getting her first record contract, Patti Austin was awarded her first Grammy, winning Best Jazz Vocal Album for Avant Gershwin at the 50th annual Grammy Awards. The award came for her ninth nomination in that category.

If ever a musical pair embodied the term "simpatico" it would be guitarist Tuck Andress and singer Patti Cathcart. More than 20 years into their marriage and musical partnership, Tuck & Patti continue to make beautiful and impressive music together while nicely preserving the art of minimalism. Tuck & Patti aren't your ordinary duet team, however. Patti Cathcart has one of the warmest, richest voices in jazz. Her honey-toned, nimble vocals are matched by her partner and husband Tuck Andress' guitar artistry. With his technique of plucking, strumming and slapping the strings, often with both hands, he makes the guitar sound like several people playing together, not just one.

Purchase Tickets Here for Patti Austin & Tuck and Patti or at all Ticketmaster outlets, the NOKIA Theatre Times Square Box Office located at 1515 Broadway, or by calling Ticketmaster at 1-800-745-3000.
Posted by Arnaldo DeSouteiro at 9:28 AM