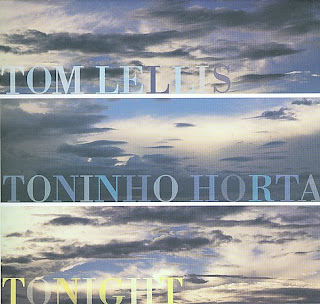 An interesting duo project by Lellis (vocals, piano, shaker) & Horta (vocals, guitars), recorded in 2007 (in NY) and released in 2008. Includes bossa/samba versions of such tunes as "Maybe September" (the Percy Faith masterpiece covered by Tony Bennett on his magical "The Movie Song Album"), "Dindi," "My Romance," "The Nearness of You," "In The Still of The Night," "Let's Face The Music Dance" and "Over The Rainbow" (based on Keith Jarrett's piano arrangement). The title track, "Tonight," is the famous Leonard Bernstein piece from "West Side Story." Horta and Lellis co-wrote the originals "An Infinite Love" and "Dreamwalking".
Posted by Arnaldo DeSouteiro at 11:40 AM