CD of the Day
Bill Henderson: "Beautiful Memory: Live at The Vic" (Ahuh) 2009

Bill Henderson's new CD, "Beautiful Memory," comes out today, January 20, from his own Ahuh Productions. Recorded live at the Vic in Santa Monica in 2007, this album is his first independently released recording.
Highlights: "The Moon Was Yellow," "That Old Black Magic," "Sorry Seems To Be The Hardest Word" (his very personal jazzy interpretation of the Elton John song has improved a lot since Bill cut it for the 1990 LaserVideoDisc "Red Hot & Cool II"), "Never Kiss and Run," "Living Without You" and "Tulip or Turnip."

Henderson plans a CD release event for Feb. 1 (matinee) at the Jazz Bakery in Los Angeles, and will also appear at the Newport Beach Marriott on Feb. 14. His 83rd birthday bash takes place at Catalina's, Los Angeles, March 17. The singer appears monthly at Charlie O's in Van Nuys. Come May 17, the Palo Alto Jazz Alliance presents Henderson and Mike Melvoin playing the music of Mercer & Mancini. In early August, Henderson returns to the Litchfield (Connecticut) Jazz Festival.
*********
Veteran jazz singer Bill Henderson is caught in classic swinging form, his vocal powers undiminished, on the CD "Beautiful Memory: Live at the Vic." Recorded at the Santa Monica club in March 2007, three days after Henderson's 81st birthday, the album is being released today, January 20, by his own Ahuh Productions.

"Beautiful Memory" is in many ways a retrospective of Henderson's repertoire. With his working trio, pianist Tateng Katindig, bassist Chris Conner, and drummer Roy McCurdy (famous for his association with Cannonball Adderley), Henderson performs such songs as "A Sleepin' Bee" (one of the standouts from his 1959 debut LP for Vee-Jay) and "You Are My Sunshine" (from the 1963 Verve album "Bill Henderson with the Oscar Peterson Trio"). Also included on the new CD are "Never Make Your Move Too Soon," the B.B. King hit; a rare vocal reading of "Royal Garden Blues"; and the seldom-performed Ellington number "Tulip or Turnip."

The CD marks Henderson's 50th anniversary as a recording artist. He made his debut on a 45 version of "Senor Blues" with Horace Silver not long after arriving in New York from his native Chicago. (It remains one of the Blue Note label's top-selling singles.) Between 1958 and 1961, Henderson recorded for Vee-Jay, with arrangements by Jimmy Jones and Thad Jones, and then for Verve, which released the 1963 album with Oscar Peterson, the biggest seller of the singer's career. Henderson joined Count Basie in 1965 at the recommendation of Eddie "Lockjaw" Davis and spent two years with the band. 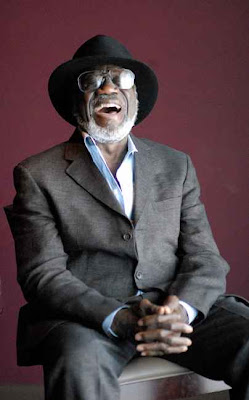 In 1967 Henderson relocated to Hollywood at the suggestion of his friend Bill Cosby and for the past 40 years has pursued a successful acting career in film and television. His credits include series such as "Happy Days," "Sanford and Son," "The Jeffersons," "Good Times," "Hill Street Blues," and "NYPD Blue" as well as films like Trouble Man, Silver Streak, Fletch, City Slickers, White Men Can't Jump, Lethal Weapon 4, and The Alibi.

He never stopped singing, though his recordings and club appearances became less frequent. In recent years, however, Henderson was less than pleased with some of the roles he was being offered. "When you get older," he says, "directors think of you as being like a grandfather, and they always want you to be angry. When the roles started getting funny, I said I'd better go back to singing again. That's the thing that I really started out to do."

Between 1979 and 2006, Henderson recorded albums for Discovery (two of which received Grammy nominations), Classic, Naim, and Web Only Jazz. In 1999, he split vocal duties with Shirley Horn on Charlie Haden's Verve CD "The Art of the Song." He's appeared at the Kennedy Center in Washington, and in New York at the Algonquin's Oak Room and at Jazz at Lincoln Center's Rose Hall. Henderson was also featured on the 1990 LaserDisc "Nancy Wilson Presents Great Jazz Night - Red Hot & Cool II", on which he sang three tunes filmed at the Baltimore Hotel in LA. Among them, a lovely take on Henry Mancini/Johnny Mercer's "Moment To Moment".

Influenced early on by his peers, the late Joe Williams and Dick Haymes, Bill Henderson quickly emerged as an original voice and distinctive musical personality. In an early 1990s review of a Los Angeles club performance, the late critic Leonard Feather characterized Henderson as "one of the few totally qualified male jazz singers still extant" -- and that remains an apt description today.
Posted by Arnaldo DeSouteiro at 1:09 PM