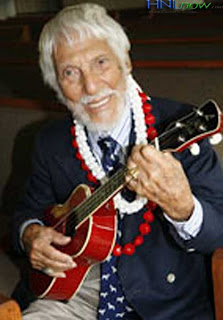 San Pedro will once again celebrate the longevity and legend of Bill Tapia who, at 101, is the world's oldest performing musician! Tapia turned 101 January 1st of this year, and wants to share his good fortune with all of his friends and fans.

A virtuoso musician and thoroughly engaging entertainer on stage, Tapia has been delighting audiences with his jazz chops and sharp wit over the last nine decades. Chances are slim to none you'll find another entertainer anywhere in the world who can introduce a song as "something I learned during World War I" and then jump into his unique version of "Stars and Stripes Forever" which he came up with in 1918 at the age of ten...