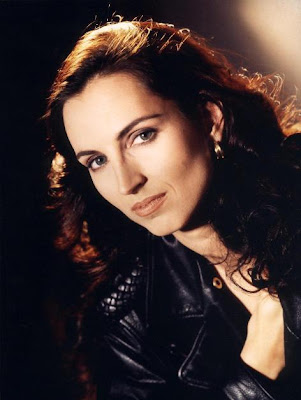 The Brazilian Newspaper "Tribuna da impresa" has published it's annual jazz poll on December 29th. Barbara Dennerlein tops the organists section with her album "Spiritual Movement No. 2". What a nice present right after Christmas! You can find the complete poll on the Tribuna da impresa website and in Arnaldo DeSouteiro's Jazz Station Blog:

Barbara played her final concert for 2008 at the "Jazzland" where the organist usually plays for a whole week every year. Even Axel Melhart who runs this jazz club now in its 36th year can not remember when Barbara's heavy Hammond B3 has been moved down the cellar staircase for the first time. But it's proven that she played there on January 18th, 1989, with the "Dennerlein-Antolini-Klein" trio because this concert had been recorded by Austrian television for broadcast and for the record "Live on Tour".

This was exactly 20 years ago. One may not believe that so much time has gone by since then. The "Jazzland" looks almost the same if not better, and Barbara too, states Axel. A fine photo series from the concert on December 13th, 2008 has been put on the web by photographer Andreas Müller:
http://www.muellerphotos.com/music1/Dennerlein/13.12.08/Dennerlein%2013.12.08.start.html
********
A phone call with Annual reflections

Annual reflections are a phenomenon of the "time between the years". Barbara Dennerlein's many concert tours gave rise to a telephone interview that Alan Bryson did recently and released it as a podcast on the web. The 35 minutes interview is mostly in English. Don't mind the slight technical difficulties and listen to what Barbara has to tell about the last and the imminent year.
http://hammondb3.wordpress.com/
***********
Concerts in January

Like in 2008, Barbara Dennerlein will give her first concert of the year in Switzerland, and again she will be accompanied by drummer Pius Baschnagel. On January 10th the duo plays at the "Bären" in Häggenschwil close to St. Gallen. Then two solo Hammond B3 concerts are scheduled in the Munich region. Barbara Dennerlein will be on stage in Fürstenfeldbruck on January 15th and at the "Habach Village" close to Murnau on January 23rd. Finally, Barbara will play at the Paulus Church in Fockbek. Two years ago she let the newly built-in organ swing during the consecration concert for the instrument. To be exact - her expressive play was a real organ check... Unfortunately, the church was too small for all the music fans, so that some people had to stay outside. Now there is a new chance on January 31st to hear Barbara Dennerlein on the Wöhl organ.