CD of the Day - "Danny Green: With You In Mind" 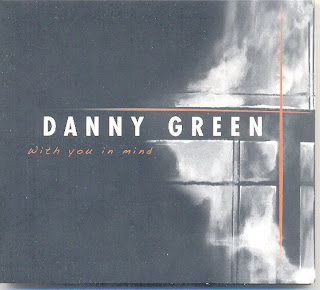 DANNY GREEN CD Debut
"WITH YOU IN MIND"
Released Yesterday, January 20, 2009
Debuted #18 last week on JazzWeek charts and #1 most added

CD RELEASE PARTY
MARCH 11, 2009
Anthology in San Diego
(more information below)
*********
"With You In Mind is more than well worth the spin, it is indeed a brilliant musical statement from pianist Danny Green, one of the new young lions of jazz that I'm sure we will be hearing more of in the future. For the present however, you may want to give this new album a listen, I guarantee you won't be disappointed". - Edward Blanco, eJazzNews

San Diego has launched some amazing jazz artists and Danny Green, a native of Southern California, is swiftly following in their footsteps. At twenty-seven years old he has managed to carve out a place for himself in the lineup of young jazz artists who seem to have a pulse on keeping the tradition of jazz piano alive while stepping boldly into the future through the use of cultural sounds and world music rhythms. Danny doesn't waste any time revealing himself on his solo debut CD, "With You In Mind". One of the next generations of pianists that offer the kind of depth and passion for music that will quench a jazz lovers thirst, Danny serves it up with intense flavor and sometimes an unexpected kick. Danny was stimulated to start working on "With You In Mind" in November 2007 after producing and collaborating with Caballero-Verde Quintet on the heels of their CD, "Past Due" (which featured trumpet, bass, drums, percussion and a very young Danny Green). In "With You In Mind" he focuses on Brazilian influences cradled in mainstream jazz and classical nuances.

Aside from "Suite For The Americas (track 10)," all of the pieces on this album are original compositions. As a composer, he always strives to do something unique with his music. As a result of Danny's musical influences his sound comes across to listeners as a pianistic mixture of Bill Evans, Brad Mehldau, Danilo Perez, and Ravel with original compositions emerging from the sincerity of his soul.

San Diego-based independent record label, Pacific Coast Jazz (PCJ), announces the addition of San Diego-based Brazilian jazz pianist, Danny Green, to their roster of distinctive artists. Green's own independent label, Alante Recordings, will now be an associate label under the Pacific Coast Jazz umbrella. This affiliation anticipates the release of Green's first solo release With You In Mind, slated for a street date of January 20, 2009. "The quality of Danny's work is outstanding and demonstrates our ongoing commitment to high quality independent artists," says Donna Nichols, founder and president of Pacific Coast Jazz.

Danny Green is equally versed in Classical, Jazz and Latin styles beginning his musical studies listening to his father play violin with his quartet and studying piano at the age of five. He shifted his attention towards Jazz and Latin music while in High School and has never turned back being first inspired by Ruben Gonzalez. Danny received a B.A. in piano performance at UCSD, where he graduated with honors and won the Jimmy Cheatham Jazz Award. He has studied with Rick Helzer, (Professor of Jazz Studies at San Diego State University), Kamau Kenyatta, Anthony Davis, Otmaro Ruiz, Marcos Silva, Jovino Santos-Neto, and classical studies with John Mark Harris and Luciane Cardassi. Danny also credits the CA Brazil Camp for developing his understanding of authentic Brazilian style and substance having participated in their program since 2006.

Since that time, he has been playing with some top musicians including Peter Sprague, Gilbert Castellanos, Quino McWhinney, Nena Anderson, Rob Thorsen, Bill Andrews, Christel Veraart, Kevin Cooper, Mark Lamson, Jovino Santos-Neto, Chico Pinheiro, and Edu Ribeiro. In 2006 he produced and released a CD with the group, Caballero-Verde Quintet entitled, "Past Due" which received some international attention. After that experience Danny felt confident to stretch out with his own piano trio revealing his love for Brazilian and Latin rhythms that are an integral part of his sound. In August 2006, Danny attended CA Brazil Camp for the first time and it was a huge turning point in developing his style. "Working with great artists there like Marcos Silva and Jovino Santos-Neto, I began to get a sense of how to make Brazilian music work in a trio setting, and I was exposed to so many different styles of Brazilian music. I came home from this workshop with new motivation and began arranging tunes off of recordings for my trio. This process, more than anything, helped me get deeper into the various styles and influenced many of the compositions on the CD. As soon as I felt comfortable in a specific style like baiao for instance, I would set out to write a piece in that style."

In "With You In Mind" he combines both Brazilian and Latin influences cradled in mainstream jazz and classical nuances. Aside from "Suite For The Americas (track 10)," all of the pieces on this album are original compositions that he wrote between Nov 2005 and March 2008. As a composer, he always strives to do something unique with his music. Even though some of his pieces lean towards conventional harmony, he manages to include some surprises that he hopes will enhance the music. "I like my pieces to tell a story by having different sections, familiar tags, and sometimes different solo sections for each instrument".

As a result of Danny's musical influences his sound comes across to listeners as a pianistic mixture of Bill Evans, Brad Mehldau, Danilo Perez, and Ravel with original compositions emerging from the sincerity of his soul. Danny understands the essential nature of jazz and shares his joy with other musicians while continuing his quest for greater musical accomplishments. "I think more than anything, the musicians that I play with motivate me to play. I feel fortunate to work with such great musicians and I always find myself inspired to play when I'm with them and the constant desire to improve. One of the things I love about music is that you can always keep aiming higher, and the effort is always worth it." Danny Green is definitely a pianist with something to say leading him to a successful musical future. http://www.dannygreen.net/

Posted by Arnaldo DeSouteiro at 2:10 PM