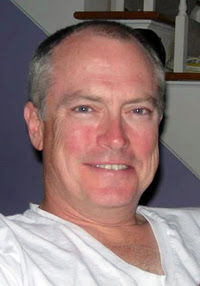 Pianist Matthew Quinn died May 15, 2007, in Providence, Rhode Island, at the age of 48, from an injury after a fall in his house. Quinn had successfully battled cancer five years ago. He performed mostly with local musicians and annually put together a band during the JVC Jazz Festival Newport.
Matthew was born June 28, 1958 into a family of musicians residing in Newport, Rhode Island. He carried on the family tradition by taking piano lessons at an early age. Matthew studied classical music throughout his grade school years furthering his education as a traditional composition major at Berklee College of Music.
He served as arranger and director of the prestigious Berklee Jazz Rock Ensemble as well as played trombone with the Berklee Concert Band and other big band ensembles. After graduating, Matthew began performing with a number of established bands like Blood, Sweat & Tears, Tavares, and Herman's Hermits.
A memorial service will take place Tuesday, May 22, 2007, at 3 p.m. at Castle Hill Inn & Resort in Newport, where Matthew played piano for Sunday brunch. In lieu of flowers, donations may be made to the Berklee College of Music

Posted by Arnaldo DeSouteiro at 3:01 PM