Nils Wülker releases CD on his own label 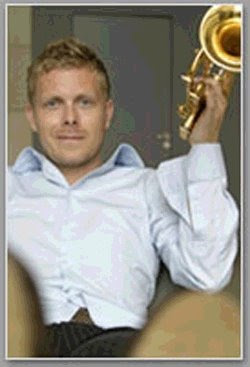 German trumpeter Nils Wülker released his newest CD on his own label, reports Tobias Richtsteig ( die tageszeitung ). He works in a studio funded by the city of Hamburg and the European Union and competes with Till Brönner as being "Germany's best looking trumpeter". His first albums had been released by Sony/BMG, but then he decided to take over marketing himself. Business is good. He sees it as a compliment if people tell him that his music is as catchy as good pop. That, too, is a quality, he says.

Hans-Jürgen Jakobs and Lars Langenau talk to the trumpeter Nils Wülker in a video interview ( Süddeutsche Zeitung ). Jazz is on a good way away from "special interest music", reaching a bigger audience. Wülker is happy to be able to play for his own generation. He plays for people who otherwise are not too fond of jazz. There may have been reasons for jazz to be a political music, but with him that would merely be fake. Releasing his music on his own label works better than his contract with Sony. His music is no elevator music, no matter what critics might say. It is possible to make a living by playing jazz, if you are idealistic. Wülker argues for funding of venues in Germany, for making jazz part of the school curricula and for financial support for foreign tours of German musicians.
Posted by Arnaldo DeSouteiro at 4:44 PM