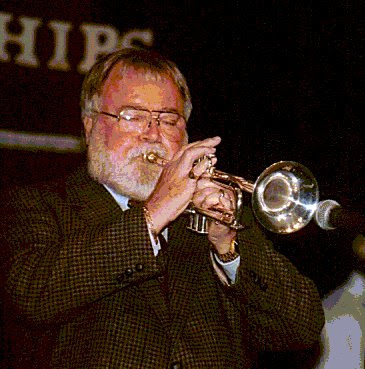 Trumpeter Buddy Childers died May 24th in Los Angeles at the age of 81. Childers became known as the lead trumpeter for the Stan Kenton Orchestra with which he worked off and on from 1942 to 1954. In between he played in the big bands of Benny Carter, André Previn, Les Brown, Vido Musso and Tommy Dorsey. Later he worked as a studio musician in Los Angeles and in the late 1970s became a member of the Toshiko Akiyoshi/Lew Tabackin big band. He battled with cancer for nearly a decade but didn't give up fighting and "as recently as a year ago was playing from his wheelchair at jam sessions in LA". Obituary: The Independent , Los Angeles Times .
Posted by Arnaldo DeSouteiro at 5:28 PM