Kim Manning ...aka Peaches of Flavor of Love 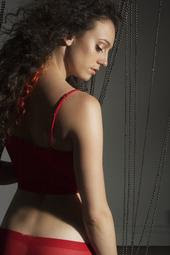 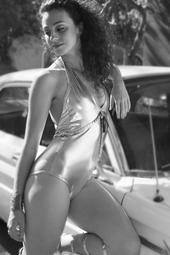 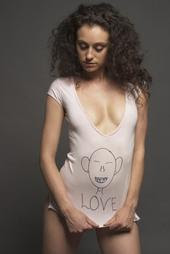 Vale a bio:
What seemed like a disaster was Kim Manning’s big break, when a summer job singing for the Light Opera of Oklahoma was extended forcing her to miss following her favorite band Phish - actually it put her into the perfect time and place to meet her fate. It was San Francisco, CA; here Kim saw for the first time the band that would become her mentors, George Clinton and the P-Funk Allstars. Little did she know that the after show jam lead by Shock G (Digital Underground), would end up in George Clinton himself calling Kim’s mom to try to get her to come to the studio and sing. With dance and singing classes bartered for licking envelopes, violins bought at garage sales, and an insatiable drive, Kim had been preparing for this moment since she was 6, and George could see it. Immediately Kim joined the band, and began traveling all over the world both as a background singer and as a lead vocalist for the cover the Funkadelic classic “I’m Never Gonna Tell It’.
Since then Kim’s unstoppable four octave voice, passionate expression, and accompanying dancing, roller-skating, and instrument skills have wowed all at such events as the 2004 Grammy Awards, the Fuji Rock Festival in Japan, the Greek Theater in Los Angeles, and in 2006 to 87 million viewers as “Peaches” on VH1’s highest rated show ever, “The Flavor of Love”, starring Flavor Flave(Public Enemy). Kim voice has been shared in the studio and on the stage with such artists as Snoop Dogg, Macy Gray. Tommy Lee, Bootsy Collins, Battle Cat, Mike Gordon, June Pointer, Norwood Fisher, Michael Franti, JFJO, Particle, String Cheese Incident, the Benevento/Russo Duo, Garaj Mahal, Papa Mali, the Everyone Orchestra, Eric Mcfadden, and Conspirator. And, this triple talent (singer, actress, dancer, musician, and model) has been seen on TV as Rod Stewart’s piano player, on the “Bernie Mac Show”, “Boston Public”, and “The Man Show”, just to name a few.
She is starring in the feature film "Room 33", is featured in Washburn/Oscar Schmidt’s ad campaign, and was chosen by Terry Russio (Pirates of the Caribbean, Shrek) to be the cover of the Reveal Designs Bikini Calendar. Utilizing her P-Funk schooling, Kim has been stepping out as a solo artist. She has played festivals such as Harmony Fest, Schwagstock, Xingolati, and recently winning the 2006 Jamcruise Soloist competition. In the LA area she has performed at “The Viper Room”, “The House of Blues”, and enjoyed a residency at the “Knitting Factory” with her open improv forum “Jam Factory” where she met and began working with Jason Chang keyboardist extraordinaire. The two were then joined by Jay Sikora on drums and “Kim Manning n’ the J’s”, the trio was formed, amazing people with the groovy sounds that a singer on Fender Rhodes/acoustic guitar, a keyboardist, and a drummer could create Her recently released indie LP “The Love and Light Activation”, produced by Brian Kehew (Fiona Apple, Moog Cookbook) successfully highlights Kim’s style of Junk-Rock, a fusion of Funk, Jazz, Rock, Reggie and a touch of Theater, and features such players as George Clinton, The P-Funk Allstars, Norwood Fisher of Fishbone, The Benevento/Russo Duo, Nate Oberman (Snoop Dogg), and Eric Mcfadden and Wally Ingram (Eric Burdon, Stockholm Syndrome, P-Funk, Sheryl Crow).
Her website received 115,000 hits for the month of August when Relix Magazine named Kim Manning as “Artist on the Rise”. She also receive press in September in Details magazine with Flavor Flave and as Hightimes Magazine “Buzz Girl”, proving that the public, and the press love this new rising star. Kim is the product of spirit, talent, and beauty, and anyone who sees her is left inspired by the Love and Light that pours from a beautiful soul.
Posted by Arnaldo DeSouteiro at 4:23 PM