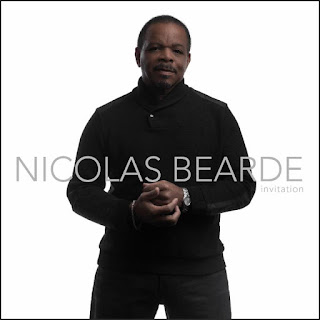 An excellent singer in the tradition of Billy Eckstine and Johnny Hartman, Nicolas Bearde (also a renowned actor) is releasing his fifth solo album, "Invitation." The highlights are the soulful renditions of Buddy Johnson's "Save Your Love For Me," Herbie Hancock's "Maiden Voyage" (with lyrics by Herbie's late sister, Jean Hancock) and Billy Eckstine's "I Want To Talk About You."

Bearde applies his rich baritone/second tenor pipes with exquisite warmth to other nice songs, like the timeless title track "Invitation" (by Bronislaw Kaper & Paul Francis Webster) and Billy Strayhorn's masterpiece "Lush Life." However, despite the fact that the repertoire is impeccable, sometimes some choices are too predictable; who wants to listen to another take on "Nature Boy?"

Most of the album is produced & arranged by Nat Adderley, Jr., son of Cannonball's late corner-playing brother, Nat, who also developed a brilliant career as a leader, having recorded a couple of wondrous albums for A&M/CTI and other labels. Although famous for his long time work as musical director for R&B master Luther Vandross, Nat Adderley, Jr. entered my musical world when he was still appearing on albums by his father (like the amazing "Soul of the Bible") and his uncle, having impressed me a lot when composing the title tune for Cannon's final album, "Lovers..." (criminally never reissued on CD, not even in Japan.)

"Invitation" is a very pleasant effort, but I would love to listen to Nicolas and Nat pairing together in a more adventurous session, with a more challenging program.
**********

Nicolas Bearde is a San Francisco Bay Area treasure. As a charter member of Bobby McFerrin's Voicestra ensemble as well as the innovative vocal sextet SoVoSó, he's long been internationally recognized as a versatile and fearless vocal improviser, charismatic performer, and distinctive jazz and soul stylist.
While Bearde has drawn on his love for both R&B and jazz on his previous four CDs,Invitation, the singer's fifth release on his own Right Groove Records label, is his first entirely straight-ahead set of songs. Produced largely by renowned pianist/arranger Nat Adderley Jr.,Invitation that has just been released January 29.
"Nat has a way of starting you in a different direction," says Bearde of Adderley, who spent nearly 20 years as music director for Luther Vandross and grew up in a deeply musical family including his cornetist father Nat Sr. and his alto saxophonist uncle Cannonball. "He has a way of voicing chords that is so very musical. You don't have to hear the melody to hear the melody within the chords. We found that during rehearsal of this new material. I thought, this is probably the most beautiful way I've ever heard these songs."
The relaxed phrasing and depth of feeling that Bearde brings to such standards as "Nature Boy," "Lush Life," and "Save Your Love for Me" and to a rarely heard vocal version of Herbie Hancock's "Maiden Voyage" place him firmly in the tradition of such deep-voiced greats as Billy Eckstine, Al Hibbler, Arthur Prysock, Johnny Hartman, Bill Henderson, Lou Rawls, and Jon Lucien.
Seven of the tracks were recorded in East Orange, New Jersey, or Brooklyn, New York, with Adderley on piano, Belden Bullock or Kenny Davis on bass, and Vincent Ector or Rocky Bryant on drums, and, on three tracks, alto saxophonist Vincent Herring, considered by many to be Cannonball Adderley's foremost stylistic disciple. "I Want to Talk About You" was produced in Oakland by the late Bud Spangler with pianist John R. Burr, bassist John Wiitala, drummer Akira Tana, and tenor saxophonist Anton Schwartz. "Maiden Voyage" was produced in San Francisco by Bearde and Peter Horvath, who played piano in the company of bassist Gary Brown, drummer Leon Joyce Jr., and percussionist Peter Michael Escovedo.
Bearde was introduced to Adderley nearly three years ago while appearing at Trumpets in Montclair, New Jersey. The club's owner recommended that Bearde call Adderley, who lived in the neighborhood, about the possibility of their working together at his next Trumpets engagement.
"Nat said 'Send me the music and info, let's hear what you do,'" says Bearde. "So I sent him three albums' worth of material, and he called back and said, 'Where have you been? Why don't people know who you are? Of course I'll work with you.'" 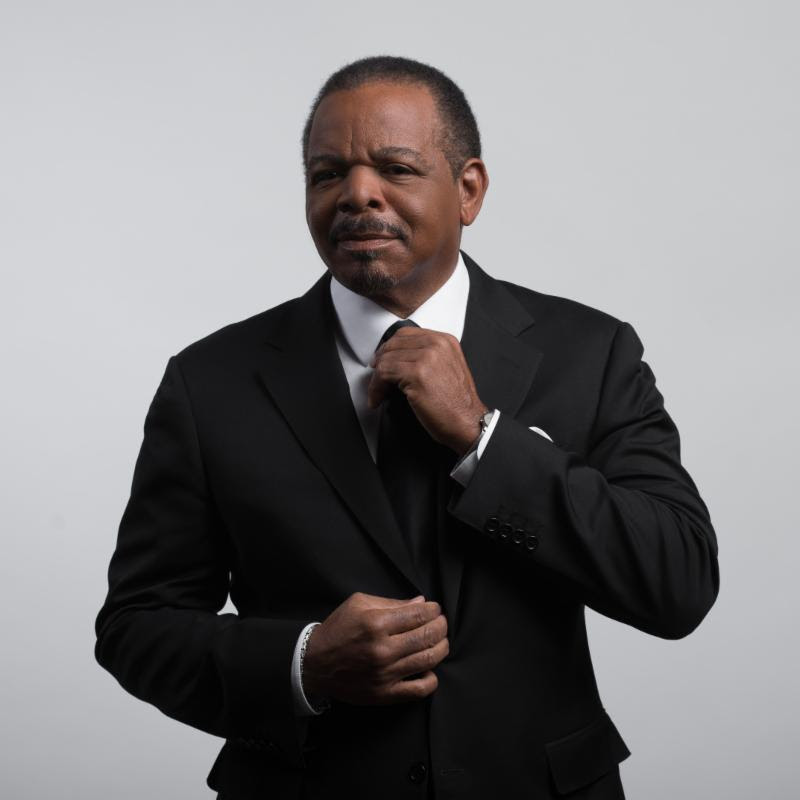 Nashville native Nicolas Bearde, who's been based in the San Francisco Bay Area since the 1970s, has worked extensively as an actor for stage, screen, and television and as a voice-over artist in addition to his vocal pursuits. By the mid-1980s, he'd hooked up with Bobby McFerrin's Voicestra, and when McFerrin decided to take a break from the group in the mid-'90s, Bearde and other members branched off into a smaller a cappella unit called SoVoSó, which included Molly Holm, Linda Tillery, Rhiannon, Joey Blake, David Worm, and Edgardo Cambon. "We followed in the improvisational tradition of Voicestra, but added more gospel, Latin, and R&B elements," he says.
Bearde maintains a busy touring schedule. He has appeared at the Russian River Jazz Festival, San Jose Festival, Salt Lake City Jazz Festival, Usadba Jazz Festival in Russia, and Minsk Jazz Festival in Belarus, as well as such clubs as Yoshi's in both Oakland and San Francisco, B.B. King's and Café Cordial in Los Angeles, and the abovementioned Trumpets.
Besides being a master singer, Bearde has distinguished himself as an actor. Since taking part in Juke Box, a 1986 radio play starring Danny Glover, he has appeared in such films as True Crime, Final Analysis, and Pacific Heights; on television in Monk, Henry Lee, Nash Bridges, andB aby Snatcher; on the stage in Flying West, Two Trains Running, Full Moon, Twelfth Night, American Song, and Master Harold...and the Boys; and in commercials for the California Lottery, Chrysler, Orchard Supply Hardware, and Verizon.
Bearde has released four albums through his Right Groove imprint: Crossing the Line (1998), All About Love (2004), Live at Yoshi's: A Salute to Lou [Rawls] (2008), and Visions (2013). Connoisseurs of fine jazz singing will be thankful to hear him in the uncompromising context of Invitation.
Nicolas Bearde will be performing two CD release shows in the Bay Area: Saturday 3/5 at Café Stritch in San Jose and Saturday 3/26 at the Sound Room in Oakland.
Web Site: nicolasbearde.com
Posted by Arnaldo DeSouteiro at 8:58 PM