Instrumental Jazz CD of the Month - "Russ Nolan: Sanctuary From The Ordinary" 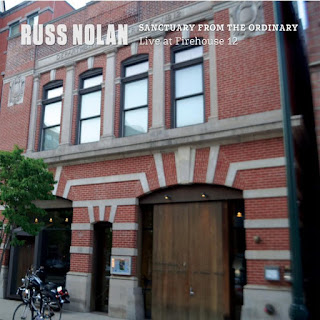 Instrumental Jazz CD of the Month
Russ Nolan: "Sanctuary From The Ordinary - Live At Firehouse 12" (Rhinoceruss) 2016

Saxophonist/composer/arranger Russ Nolan has been documenting his explorations of Latin rhythms and modern jazz harmony on record since the release of his 2004 debut, Two Colors. He has worked with special guests like percussionist Victor Rendon and pianists Kenny Werner and Manuel Valera while deepening ties with players who eventually coalesced into his working group.

For his sixth CD, Nolan set himself up for a new challenge by recording the session live in performance. The inspired results may be heard on Sanctuary from the Ordinary: Live at Firehouse 12, which will be released on the saxophonist's Rhinoceruss Music label on February 12.

In the company of pianist Mike Eckroth ("one of the best in combining jazz and Latin and salsa"), bassist Daniel Foose (a fellow University of North Texas alum), and longtime drummer Brian Fishler ("he sounds good on everything"), Nolan presented his music to the appreciative audience at the popular New Haven, Connecticut jazz venue/state-of-the-art recording studio. "It was both an exciting and scary endeavor," he says. "We had one night and one take per tune, but there is no substitute for playing in front of people that gave back as much as we gave them. I believe it's our best effort to date."

The program opens with a striking reworking of Thelonious Monk's "Green Chimneys," keyed to bata drum and New Orleans second line accents. On the title song, mambo and straight-ahead funk commingle. On the amusingly titled original "Stravinsky's Mambo," a 12-tone row is combined with a mambo beat -- and a Bitches Brew-type groove.

Nolan gained proficiency in Latin rhythms in an unusual way -- by not only learning salsa dancing, but also becoming a stylish expert at it. "The Latin dancing made me stronger rhythmically," he says. "Playing good time is usually the last thing horn players develop, and dancing has helped me get the rhythm in my body much in the same way a drummer develops four-way coordination."

Sanctuary from the Ordinary offers a wide variety of Latin-influenced sounds -- including tango on the lovely "Take 2," written for his wife while they were honeymooning in Buenos Aires -- as well as some non-Latin surprises. "Memorial Day" is based on the haunting recurring theme of the Netflix series, House of Cards. "It's slow and incredibly simple, as written," he says. "I was inspired by the changes in harmony." 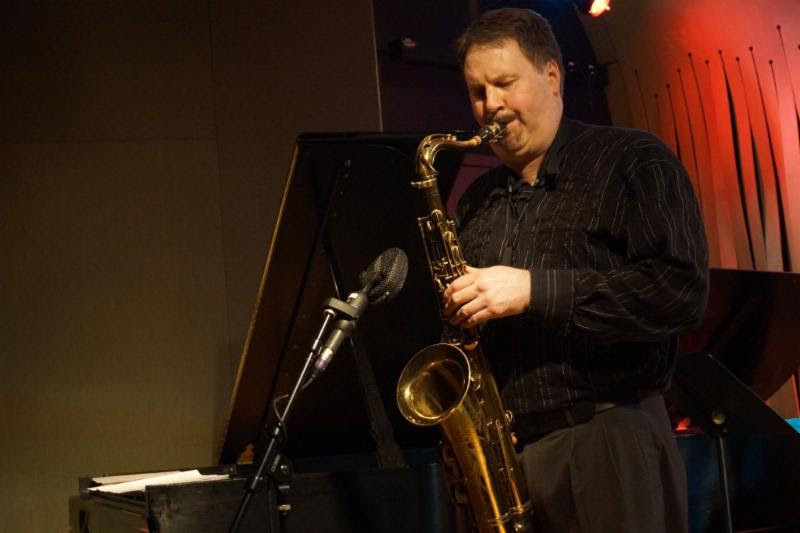 The Illinois native (b. 1968) started out on clarinet at age 10 while attending school in Gurnee, but sports took precedence and Nolan envisioned becoming a professional athlete. Albums by Weather Report, Herbie Hancock, and the Brecker Brothers turned his head around, however, and he eventually entered the esteemed jazz program at North Texas State (now the University of North Texas).

Nolan moved to Chicago after graduation and studied with local saxophonist Rich Corpolongo and with visiting New Yorkers Dave Liebman, Chris Potter, and Kenny Werner. Nolan also studied with Dave Bloom, founder of the Bloom School of Jazz, whose words of wisdom have reverberated through the years for him. "I learned a lot about appealing to non-musicians from Dave, to the people who were paying to see you," he says. "One of his messages to musicians was to stop babbling, stop playing all those notes. People were drawn to melody and rhythm, not to how fast or complicated you could play."

Since relocating to New York City in 2000 (encouraged by the visiting pros he'd taken lessons from in Chicago), Nolan has put the pieces of his career as a saxophonist, writer, arranger, and clinician together. He's emerged as a prolific recording artist. And he's connected with the city's burgeoning pan-American scene, for the last three years leading a salsa band that performs for dancers.