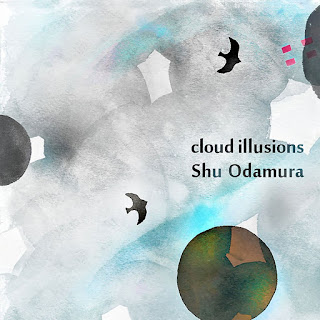 The debut album as a leader by Japanese guitarist Shu Odamura, "Cloud Illusions," is being released today, Februray 24, in Japan by the jazz label What's New Records. It features Shu Odamura on acoustic guitar in an intimate interplay with Yoshiki Yamada (electric bass, acoustic bass) and Yutaka Uchida (drums). All 10 tracks were composed by Odamura and recorded at The Bunker Studio, in NY, in 2014.

Born in Kyoto, Japan, Shu Odamura is a New York-based guitarist & composer. He holds bachelor’s degree in jazz composition. He started taking guitar lessons at the age of 12. In 2003, Odamura competed in the Gibson Jazz Guitar Contest as a youngest and won the special prize. In 2006, He moved to Boston to study at Berklee where he was given the Toshiko Akiyoshi Award. His teachers include Jon Damian, John Wilkins, Diavid Gilmore (guitarist for Wayne Shorter), Greg Hopkins (arranger/trumpeter for Buddy Rich big band), Scott Free, and Ken Pullig.

As a guitarist, Shu has performed with various kinds of groups, such as jazz ensembles, pop/rock bands, church choirs, as well as his own jazz duo/trio. He has been credited on numerous recordings. In 2010, he played on Mina Cho’s album “Originality,” which led him to be selected in 3rd place in our 32nd Annual Jazz Station Poll on the "Acoustic Guitar" category. As a composer and arranger, he works for jazz orchestra, flute/saxophone ensemble, pop singers, and films. His minimal-music piece “Kitchen Talk” was selected to air on Ryuichi Sakamoto’s radio program in Japan. He recently composed music for a feature length movie entitled "The Wishmakers" which is available on DVD. 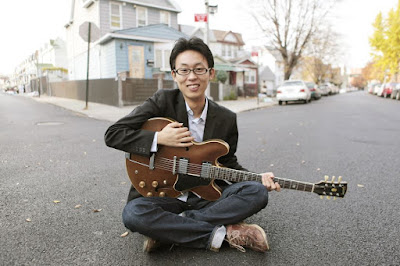 Posted by Arnaldo DeSouteiro at 10:29 PM