Sharon Isbin's Journey from the White House to the Grammys 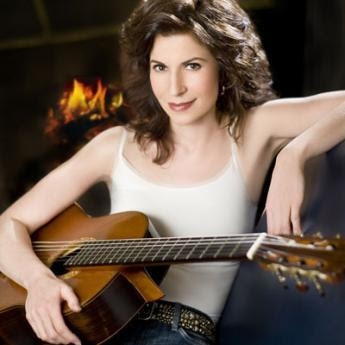 It's been an exciting month for virtuoso guitarist Sharon Isbin! She performed at the White House at the invitation of President Obama and the First Lady, for the Classical Music Event on November 4. You can watch the video of Isbin's performance (with the Obamas in the front row) and hear an interview on WQXR-FM about the adventures of bomb-sniffing dogs vs. guitars et al. at: http://sharonisbin.com/
Last week she received her fourth Grammy nomination, for "Journey To The New World" (Sony) in the classical category of Best Instrumental Soloist Performance (without Orchestra). The CD has been on the Billboard charts for 36 consecutive weeks, and was the #1 classical bestseller on Amazon.com, Barnes & Noble and iTunes. Joan Baez and Mark O'Connor are Sharon's esteemed guests on the album.
To hear excerpts:
http://sharonisbin.com/disc.html#newworld
Upcoming performances this month include: with the Pacific Symphony in Los Angeles December 10-12, and a recital at the National Gallery of Art in Washington DC on December 27.
Posted by Arnaldo DeSouteiro at 3:11 AM