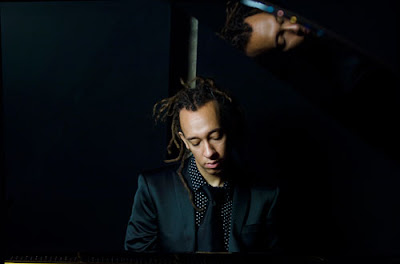 The Gerald Clayton Trio features Gerald Clayton on piano, Dan Lutz on bass, and Kevin Kanner on drums. Born in Utreche, the Netherlands on May 11, 1984, Gerald, the son of Grammy-nominated jazz bassist John Clayton (often heard with Diana Krall and co-founder of the Clayton-Hamilton Orcjestra), moved to the United States as a child and began playing the piano at the age of six. He graduated from Los Angeles County High School for the Arts in 2002 having already attracted considerable attention in the jazz community, winning the Spotlight Award in 2001 and the Outstanding Soloist Award at the Monterey High School Jazz Competition, in 2001 and 2002.

In January, 2002, Clayton was chosen to play with the Grammy High School Big Band comprised of high school students selected from the entire United States, and was presented with the "Level 1" Award by the National Foundation for the Advancement of the Arts. Most recently, he was named Presidential Scholar in the Arts, and in June 2002, he performed at Steinway Hall in New York City where he received a scholarship from the Music for Youth Foundation. In recent years, all three members of the GERALD CLAYTON TRIO have been awarded the Shelly Manne Memorial New Talent Award by the Los Angeles Jazz Society. So...don't miss their gig at Steamers tomorrow night!
Posted by Arnaldo DeSouteiro at 8:01 AM