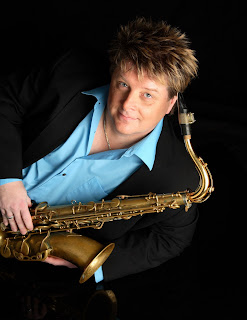 At the 2008 Buffalo Music Awards, Jack Prybylski was declared the Saxophonist of the Year for the tenth time (four years consecutively from 2004-2008). "It's flattering and rewarding to be recognized by peers and fans. I appreciate that people continue to find enjoyment in my musical craft," said Prybylski.

In 2006, Prybylski released "Window Shopping" to rave reviews and a top ten listing in the Smooth Jazz News. “It doesn’t take long to realize why Prybylski has been awarded top honors for his sax work so many times," said Susan Lozinak of the Jazz Review. Currently, Prybylski is finalizing plans for his upcoming 2009 CD release. "The music will be a more urban direction with elements of dance and chill," he said.

Jack Prybylski is endorsed by Yamaha, Applied Microphone Technologies and Theo Wanne Mouthpieces.
Posted by Arnaldo DeSouteiro at 9:18 AM