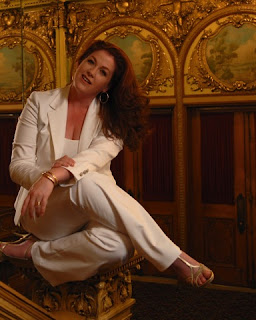 “Hall’s vocals soar . . . her range of vocal ability goes from
soft and understated to powerful and heartfelt.” - JazzReview.com

Her new CD, "Fun Out of Life" features such jazz standards as “I’ve Got The World On A String,” which is sung as a ballad, "This Can't Be Love" and Michel Legrand's “You Must Believe In Spring.” "Fun Out of Life" is a follow-up to her 2000 release "Something Like That," which received rave reviews for her bluesy, gutsy, folksy style.
Posted by Arnaldo DeSouteiro at 5:52 PM