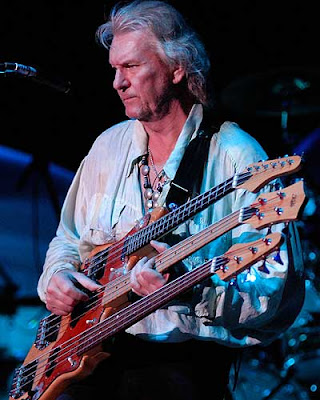 Chris Squire began his musical career as a choirboy, which gave him an insight into vocal arrangements and techniques that were of influence throughout his career. His melodic style of playing bass guitar made him a highly influential performer. He formed Yes in 1968 with vocalist Jon Anderson, and as of June 28 2015, Chris is the only member of the band to appear on every Yes studio album. His 1975 solo effort "Fish Out Of Water" is highly regarded as a masterpiece (I was 12 when I got my copy as a birthday gift from my godfather, Sergio Vid). Rest in Peace.
Posted by Arnaldo DeSouteiro at 3:06 PM