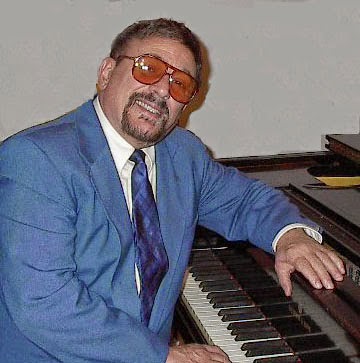 Help us celebrate the first hints of Spring with Hot Jazz from the Mike Longo Trio featuring Ray Mosca on drums and Paul West on bass when they pay tribute to Dizzy Gillespie & Miles Davis this Tuesday, March 10 at "Jazz Tuesdays".

Mike Longo, a Steinway artist, has performed with a list of jazz legends  that include saxophone great Cannonball Adderley, Henry Red Allen, Coleman  Hawkins, George Wettling, Gene Krupa, Nancy Wilson, Gloria Lynn, Jimmy  Witherspoon, Joe Williams, Jimmy Rushing, James Moody and many others. It was  in the mid-60s when Longo's trio was playing at the Embers West, that Roy  Eldridge told Dizzy Gillespie about this new pianist he had heard. Dizzy came  to hear him play and soon asked him to become his pianist. This started a  life-long musical relationship and friendship.

From 1966 through 1975, Longo  worked exclusively as Dizzy's pianist and musical director. Mike left the  Gillespie group officially in 1975 to venture out on his own, but continued  to work for Gillespie on a part-time basis until his death in 1993. Since that time Mike has recorded numerous albums and CDs on various labels with  some 45 recordings with artists such as Gillespie, James Moody, Astrud Gilberto etc. At present he has over 20 solo albums to his credit. He is sought after as a  music instructor and is in demand for jazz clinics and concerts at  universities and music schools throughout the world, and has appeared at the  Lincoln Center's new jazz room "Dizzy's Club Coca-Cola."

Longo is founder and  President of Consolidated Artists Productions (CAP), an independent recording  label, dedicated to allowing artists to pursue the types of projects that are  in line with their career objectives. Longo's latest venture, Jazz Tuesdays, is dedicated to allowing artists to  retain creative control of their work and providing students and the general  public with an opportunity to hear "world class jazz at affordable prices.".

The John Birks Gillespie Auditorium, dedicated to the late jazz great  Dizzy Gillespie, who was a Bahá'í, is located within the New York City Bahá'í  Center in the heart of Greenwich Village. Beginning on January 6, 2004, the  anniversary of Dizzy's death, his former pianist and musical director, Mike Longo, began presenting weekly jazz concerts every Tuesday evening at 8:00  and 9:30 PM.

For more about acts at "Jazz Tuesdays", check out our website at www.jazzbeat.com
Jazz Tuesdays
in the John Birks Gillespie Auditorium
The New York Baha'i Center
53 East 11th Street (between University Place & Broadway)
Two shows: 8:00 and 9:30 p.m.
Posted by Arnaldo DeSouteiro at 4:35 PM