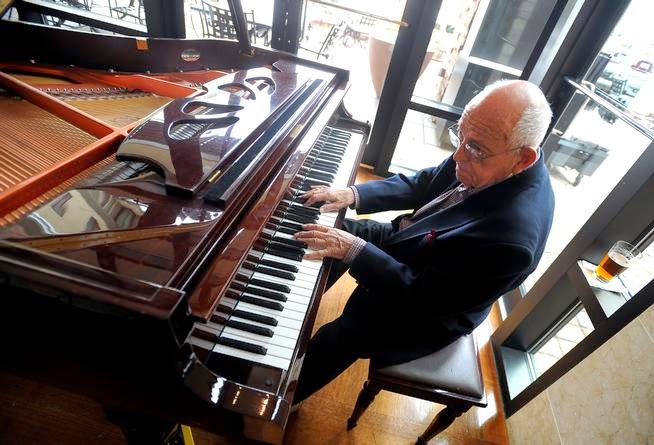 An excellent pianist with a light touch, a natural taste for sophisticated harmonies and a highly sophisticated style, Ralph Sharon was pure musical elegance. He died today at age 91, from natural causes. A soft-spoken true gentleman, his charming playing mirrored his mood.

He could be called "the man behind Tony Bennett," due to his four-decade association with the singer. I had the honor to met Sharon several times when I attended Tony's concerts in my native Brazil -- the first time was in 1980 during an engagement at the Rio Palace Hotel, when Sharon, from the piano chair, also conducted the orchestra that had saxophonist Harold Land as the main soloist; the last time in 1985 when I interviewed Bennett for a Manchete TV special broadcast filmed at the "Teatro do Hotel Nacional" -- as well as in Los Angeles and Las Vegas. Rest in Peace.