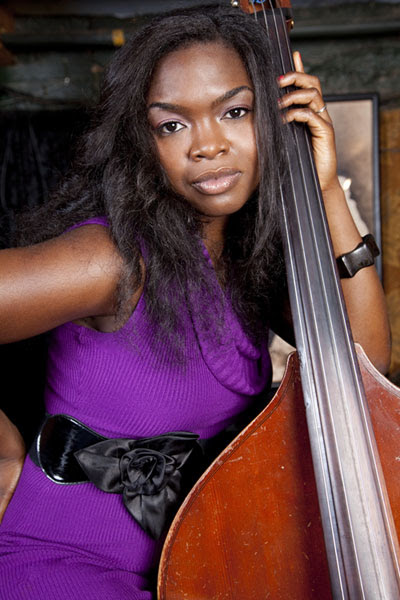 For bassist/composer Mimi Jones, the release one year ago of her second CDBalance accomplished several goals. It tested her mettle as a businesswoman, as the CD was released on the Hot Tone Music label she'd founded in 2009. It highlighted her propensity for collaboration and support of other indie jazz musicians, particularly women, as Hot Tone Music simultaneously released Jones's album with new discs by saxophonistCamille Thurman and drummer Shirazette Tinnin. And it established Jones as a leader to watch, a protean instrumentalist, vocalist, and composer/arranger.

"Satisfying on every level," Marc Myers wrote of Balance on JazzWax.com. "The bassist plays with enormous strength and enthusiasm but she also has a cohesive vision for how the music should sound. Each track is an important statement expressed with sensuality and chops. . . . She is Grammy-worthy."

Since that time, native New Yorker Jones, who celebrates her 43rd birthday today, has been expanding her professional horizons -- all of them -- with her customary dynamism. She's been appearing in a series of sidewoman dates with the Tia Fuller Quartet, Toshi Reagon, andLuis Perdomo & Controlling Ear Unit (whose new CD, Twenty Two, will be released by Hot Tone Music 5/19).

Jones's work as a composer is being featured as part of the D.O.M.E. Experience, co-led by Jones and ArcoIris Sandoval and performed by artists including Steve Wilson, Jamie Baum, Bob Stewart, Tia Fuller, and many others.

She shared her DIY label experience with attendees at the JazzConnect conference earlier this year and will deliver a lecture on "The Business of Music" at the International Society of Bassists convention in Fort Collins, CO on 6/4.

As a leader, she's been running a weekly residency and jam session, the Lab Session, at Bar Thalia/Symphony Space (Broadway and 95th Street) most Friday nights which includes Mimi's band as well as a rotating cast of first-rate vocalists, horn players, drummers, pianists, guitarists, tap dancers, rappers, and comics. Some regulars seen at the Jazz Party are Mark Shim, Miki Hayama, Marion Cowings, Rodney Green, Jonathan Barber, and Victor Gould, among others. And now she plans to take her Mimi Jones Band on the road to points east (New England, Europe) and west (Chicago, Michigan). 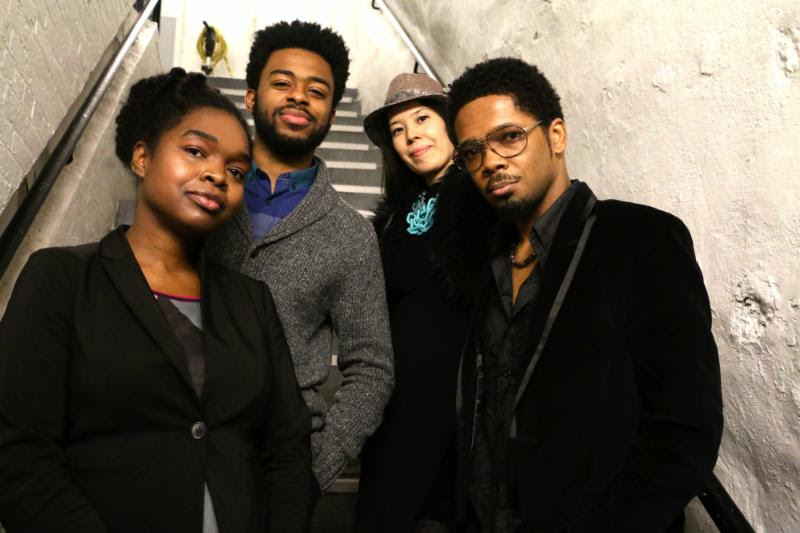 "It's been a terribly long winter," says Jones, "but spring is here and I'm looking forward to all the wonderful things manifesting. It will be my first time performing as a leader around the country, whether it be at the annual iRock Jazz Festival in Michigan or the London Jazz Festival later this year. I am thrilled to be physically bringing this music to the people."

Jones is currently in the process of choosing music for her next Hot Tone Music CD, due for early 2016 release.

Born in New York City and raised in the Bronx, Mimi Jones attended Fiorello LaGuardia High School and earned a B.A. in music at the Manhattan School of Music Conservatory. She missed her graduation, however, because she'd been hired to tour Japan with saxophonist Masa Wada and drummer Denis Charles. It was the first of numerous overseas tours that would take her to Africa, Europe, Asia, and the Americas, some under the auspices of the U.S. State Department. In addition to leading her own groups, Jones has worked with jazz artists including Kenny Barron, Joanne Brackeen, Terri Lyne Carrington (who chose Jones to play on her Grammy-winning The Mosaic Project), Ravi Coltrane, Lizz Wright, Lionel Hampton, Roy Hargrove, and many more. She has recorded two albums as leader: A New Day (2009) and Balance (2014).