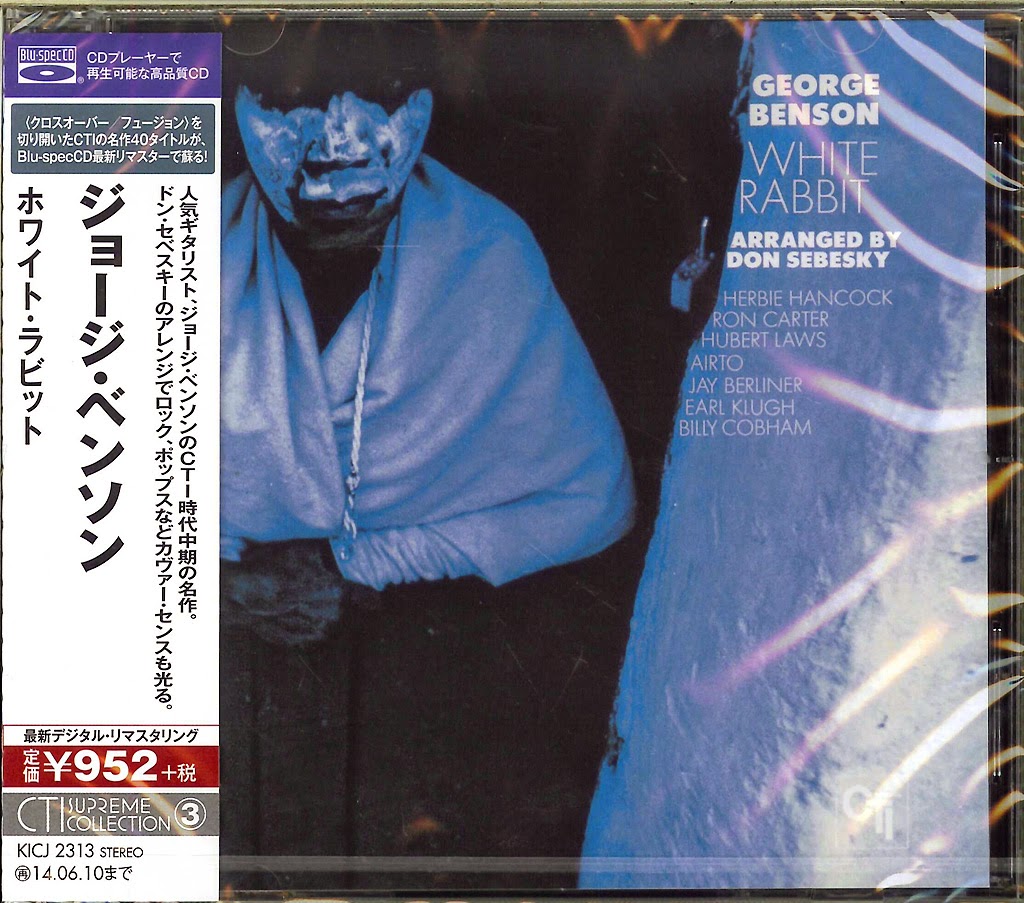 Highlight: the frenetic adaptation of Villa-Lobos' "Little Train" (O Trenzinho do Caipira), with a superb Hancock solo on the Rhodes, and Airto singing the melody in unison with Benson's guitar. But it's a 5-star album, also including great arrangements of Jefferson Airplane's hit "White Rabbit" (written by Grace Slick), Mamas & Papas' "California Dreaming" (previously covered by Wes Montgomery after Creed Taylor's suggestion), Michel Legrand's "Summer of '42" and Benson's own "El Mar," which marked Earl Klugh's recording debut at 17.

Arranged & conducted by Don Sebesky, it also includes nice renditions of Michel Legrand's love theme for the "Summer of '42" soundtrack (aka "The Summer Knows") and The Mamas & The Papas' "California Dreaming" (previously produced by Creed Taylor & arranged by Sebesky as an instrumental hit for Wes Montgomery's "California Dreaming" Verve album, back in 1966).

The all-star cast features Ron Carter (acoustic bass only), Billy Cobham (drums), Airto Moreira (not only as a percussionist but also providing subtle wordless vocals in several moments), John Frosk (lead trumpet on the title track), Hubert Laws (a short but perfect flute solo on "White Rabbit" too), and specially the Spanish-tinged acoustic guitar playing (in 4 of the 5 tracks) of the underrated master Jay Berliner, the unsung hero of this project.

Highlight: the frenetic adaptation of Villa-Lobos' "Little Train" (O Trenzinho do Caipira), with a superb Hancock solo on the Rhodes, and Airto singing the melody in unison with Benson's guitar. But it's a 5-star album, also including great arrangements of Jefferson Airplane's hit "White Rabbit" (written by Grace Slick), Mamas & Papas' "California Dreaming" (previously covered by Wes Montgomery after Creed Taylor's suggestion), Michel Legrand's "Summer of '42" and Benson's own "El Mar," which marked Earl Klugh's recording debut at 17.

The excellent and artistically and commercially satisfying White Rabbit was nominated for a 1972 Grammy Award for Best Jazz Performance – Group (in competition with another CTI performance by Joe Farrell for “Outback”) but lost to yet another CTI performance of “First Light” – also arranged by Don Sebesky – by Freddie Hubbard.
Posted by Arnaldo DeSouteiro at 9:35 PM