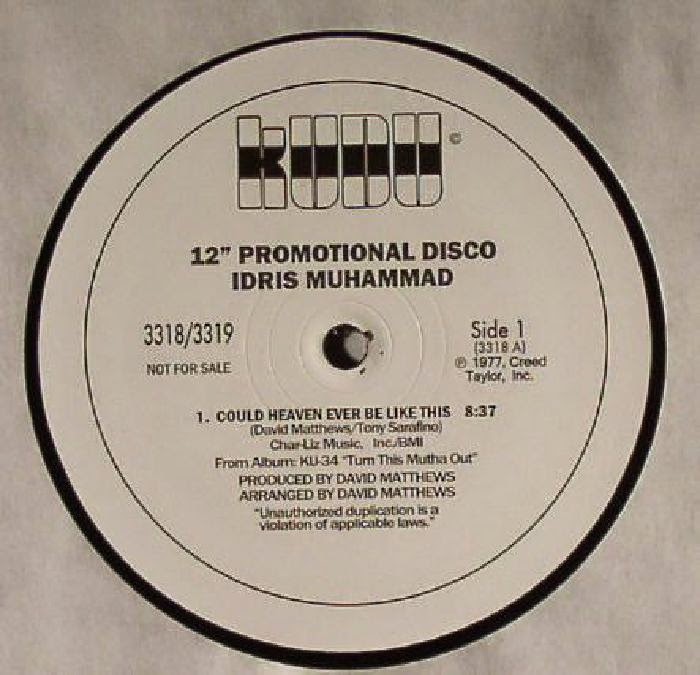 Idris Muhammed's much-played, much-sampled and much re-edited 1977 jazz-funk meets disco jam "Could Heaven Ever Be Like This" is one of those records that should be in everyone's collection. A staple of both soul and disco sets, it's about as spiritual as disco gets, with dreamy vocals and parping horns riding a delicious groove. It's a magic track composed, arranged & produced by David Matthews for Creed Taylor's Kudu Records, and one of the highlights issued by the label.

If it's missing from your collection, this 12" EP repress released on January 23, 2015 -- featuring the same B-sides from the original Kudu release -- should be an essential purchase. Those B-sides -- the electric guitar-laden swing of "Tasty Cakes" and, in particular, the George Clinton-influenced "Turn This Mutha Out" -- a low-slung skip through deep disco-funk pastures -- are similarly impressive. 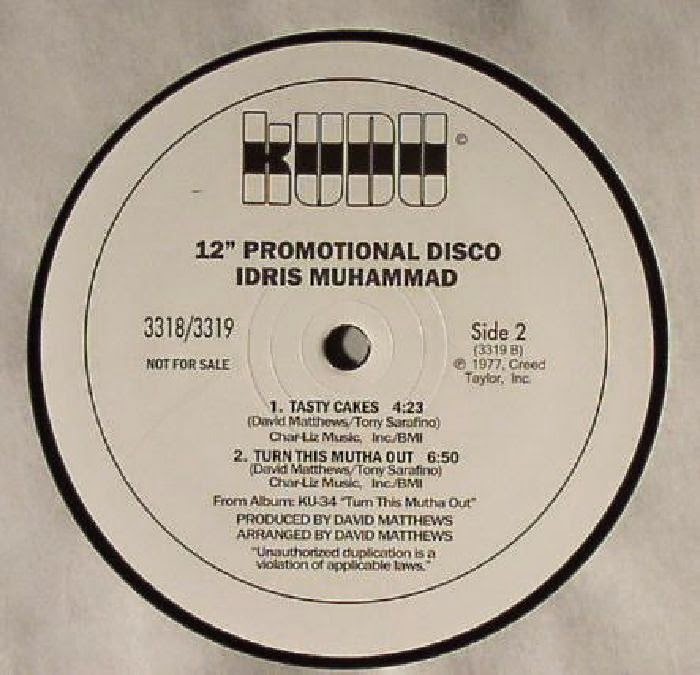