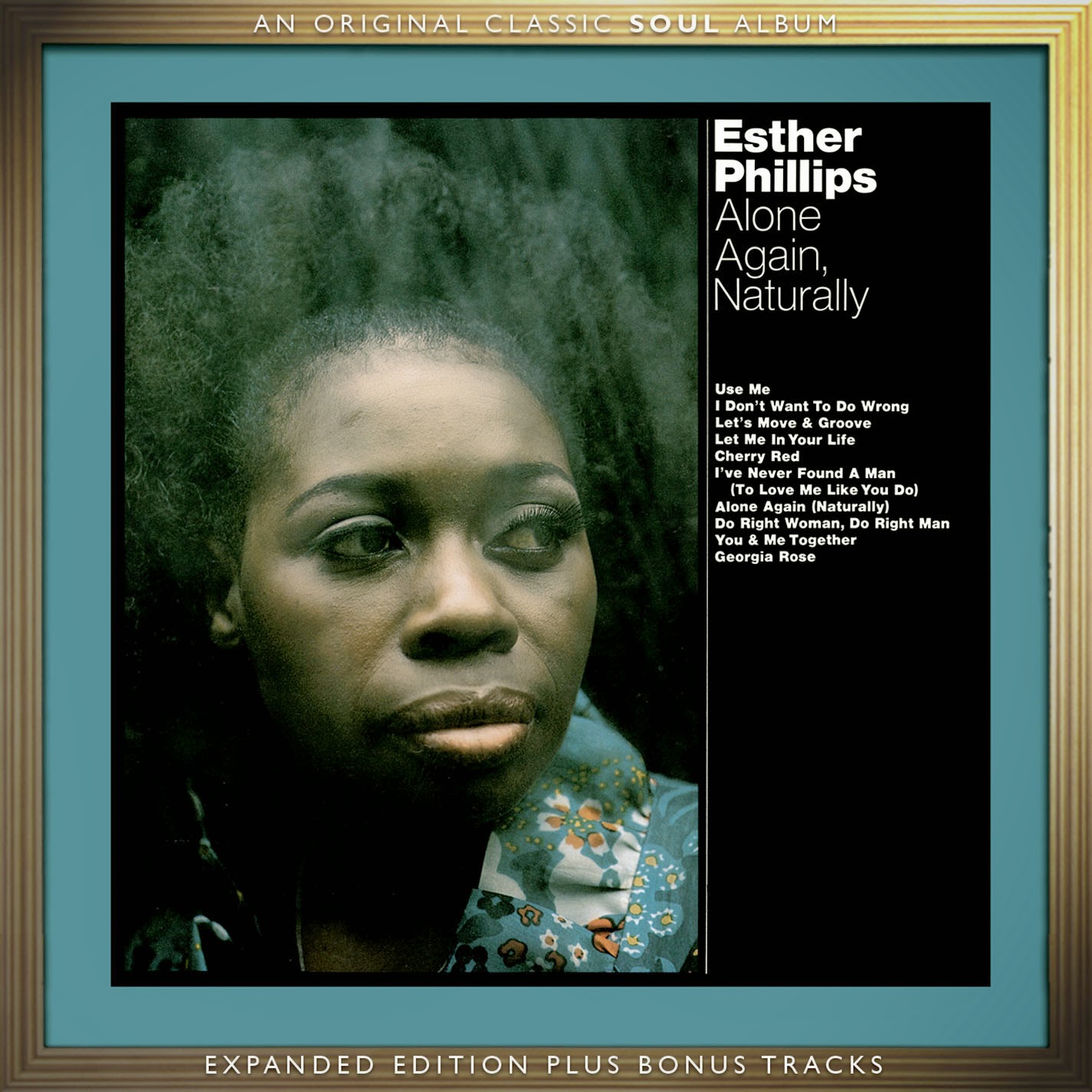 One of the deepest soul sets from Esther Phillips' 70s years on Kudu Records; a set with some nicely gritty grooves and a surprisingly earthy feel at times, especially when compared to some of her other albums of the time. Backings are by James Brown's old reedman/arranger Pee Wee Ellis, and Don Sebesky's also on deck a bit, to sweeten a few tracks up with light strings. Although there's some of the usual Kudu electric funk in the mix, there's also some deeper soul elements too – a vibe that's often a bit laidback and open, almost more Atlantic Records at points – which is a mighty good fit for Esther's wonderful voice. This new CD version includes two bonus tracks: live versions of "Cherry Red" and "God Bless The Child," originally released on the "CTI Summer Jazz At Hollywood Bowl - Live Three" LP. Btw, that's the first time that Sony Music (who controls the CTI catalog from the 70s in Europe and in the USA) licenses tracks from that CTI All-Stars 1972 concert for CD reissue (so far, that concert had been reissued only in Japan!)

The result was the best-selling "Alone Again, Naturally," a Top 20 jazz and Top 30 R&B album in 1973. The song choices were stellar: two songs from Bill Withers, "Use Me" (that features a tasty break in the intro, and was covered by Jamie Cullum on the "Live at Montreux 2009" CD by the CTI All-Star Jazz Band) and "Let Me In Your Life"; "I Don't Want To Do Wrong" (a 1972 hit for Gladys Knight & The Pips), "Let's Move & Groove Together" (a 1965 R&B charted single for Johnny Nash), Eddie Floyd's re-gendered "I've Never Found A Man," an Aretha Franklin cover, "Do Rght Woman, Do Right Man," and two powerful reinterpretations of Gilbert O'Sullivan's pop mega-hit "Alone Again Naturally" and "Georgia Rose" (previously recorded by Tony Bennett) with a special intro penned by poet/artist Gil Scott-Heron (whose "Home Is Where The Hatred Is" had given Esther a 1972 hit).

A blistering blues, "Cherry Red," originally cut by Joe Turner, was the perfect showcase for Esther's emotive approach; this 2014 reissue from Real Gone Music in association with SoulMusic Records also includes a rare live 1972 recording of the song that Esther performed at a CTI All-Stars concert at the Hollywood Bowl in July 1972 as well as her superlative reading of Billie Holiday's "God Bless The Child" from the same show, with support by Hubert Laws, Freddie Hubbard, Hank Crawford, Airto Moreira, Bob James, Ron Carter and Jack DeJohnette among others. Liner notes are by renowned U.S. writer A. Scott Galloway from his original essay for the out-of-print reissue of the original album.

"This month I am proud to announce a DELUXE reissue of ESTHER PHILLIPS' classic second Kudu/CTI Records LP - Alone Again, Naturally (1973) - for which I wrote the liner note essay. Though there was no way it could top its predecessor, From A Whisper To A Scream, it stands tall on its own today with the blistering blues of "Cherry Red" (with the late, great Cornell Dupree on guitar), the Black woman's anthem "Georgia Rose" (her opening spoken monologue composed expressly for her by Gil Scott-Heron), TWO Bill Withers covers from his just-then released Still Bill LP (a funky reggae take on' "Use Me" f/ Bernard Purdie on drums, and a gorgeous float through "Let Me In Your Life"), and the breezy single "I've Never Found a Man (To Love Me Like You)" (featuring some burnin' bass work by Gordon Edwards). This SoulMusic Records reissue also includes TWO bonus tracks from a Summer of `72 live set at the Hollywood Bowl: "God Bless The Child" and an encore of "Cherry Red." Step right up and get your soul tune up today by clicking the blue Amazon link below. Enjoy."