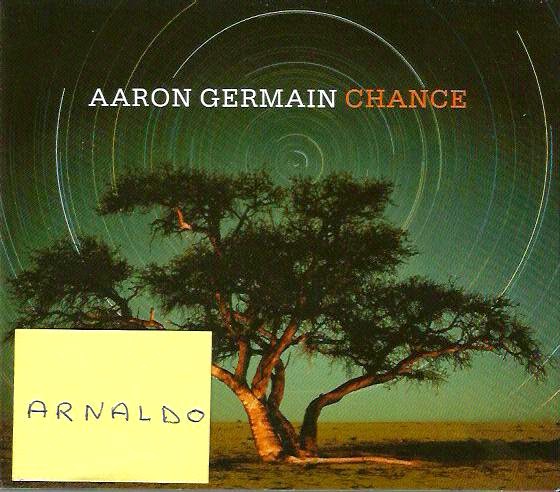 Last year, I became deeply impressed with Aaron Germain's performances on two excellent albums from California-based artists: Beata Pater's "Red" and Brian Anders & The Afro-Cuban Jazz Cartel's "San Francisco." Now I'm astounded with "Change," Germain's second album as a leader. Throughout the CD, the Bay Area bassist also proves to be an inspired composer, in the best fusion tradition of such adventurous masters as John McLaughlin and Allan Holdsworth. I know I've just mentioned two guitarists, not two bassists, but what's the problem? Actually, Germain's "concept as a bassist" (and it includes the way he plays acoustic bass too) is very "guitaristic," in the way he conceives his carefully crafted tunes and builts his flawless solos.

Germain's interplay with the French-Vietnamese guitarist Nguyen Le in four tracks is impressive, adding an extra energy to a very powerful rhythm session that shines in challenging tunes that sound complex and spontaneous at the same time, thanks to the smart & intrincate arrangements. Like another bass virtuoso, Brian Bromberg, he can be vigorous and pleasant, communicating with the listeners. Aaron Germain is not into any kind of ego-trip, he's just playing his heart out while showcasing all his talents. Keyboardist Frank Martin is beyond words too, specially when playing Rhodes, and Clairborne's drums updates Weckl's and Colaiuta's precision of dynamics.

Intense grooves and colorful improvisation dominate, with influences ranging from Weather Report (mainly from the Alphonso Johnson era) and the Head Hunters, to Senegalese Mbalax music, Vietnamese traditional folk, Afro-Cuban, and Japanese Enka music. Balancing the smoldering electric numbers with airy acoustic compositions, Germain allows every musician to express their voices while his own acoustic bass and 6-string electric often floats over the mix. Flutist Mary Fettig, who worked a lot with Airto & Flora on the 80s, guests on the opener, "Antes de Ir." Yoneyama Ozawa wrote the intriguing "Ringo Oiwake." But my personal favorite tracks are "Already Not Yet" and "Ginger Skin" (not coincidentally, both featuring Martin on the Rhodes), followed by "Bunk Bread," and the acoustic beauty of "Chikurin." Everything enhanced by a pristine sound recording, thx to Dan Feiszli (u did it again, Dan!) World-class 21st century fusion!
Posted by Arnaldo DeSouteiro at 10:01 PM