Blu-spec CD of the Month - "Esther Phillips: From A Whisper To A Scream" 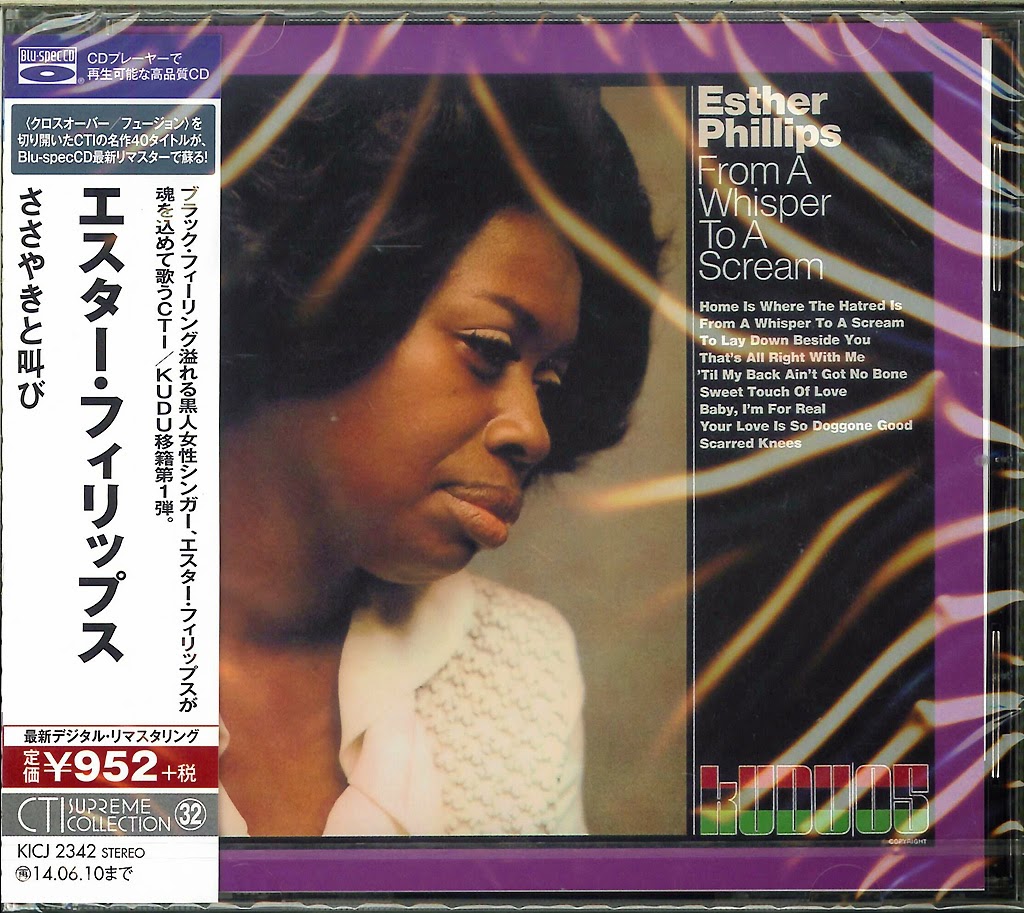 Blu-spec CD of the Month
Esther Phillips: "From A Whisper To A Scream" (Kudu/King)

A groundbreaking album on Esther Phillips' career, "From A Whisper To A Scream" – her debut under the guidance of producer Creed Taylor, recorded in December 1971 –, was an album that really helped her transform her sound for the 70s! The approach is a lot more jazzy than before – served up with a good dose of funk, thanks to arrangements from Alfred "Pee Wee" Ellis (fresh from his work with James Brown) with the help of Jack Wilson (rhythm arrangements on three tracks) and Don Sebesky (additional strings).

Titles include an incredible cover of Gil Scott Heron's "Home Is Where The Hatred Is" with amazing horn riffs and two wah-wah guitars, plus Allen Toussaint's title track "From A Whisper To A Scream", Eddie Floyd's "That's All Right With Me" (presented as a lush ballad), Marvin Gaye/Anna Gay's "Baby, I'm For Real" (Sebesky's strings loop on the intro is pure lust) and Janis W. Tyrone's "Scarred Knees," the algum highlight, thanks to a fabulous vocal improvisation, with Airto Moreira playing tambourine in a gospel-blues mood. Richard Tee (organ & piano), Gordon Edwards (electric bass), Bernard "Pretty" Purdie (drums), Eric Gale & Cornell Dupree (guitars) complete the rhythm section, with Hank Crawford on alto sax, Frank Vicari on tenor, and David Liebman doing a rare appearance on baritone.
Posted by Arnaldo DeSouteiro at 8:57 AM